On October 4th 2016, Baghdad-based Jannat Alghezzi of Organization of Women's Freedom in Iraq (OWFI) accepted WRL's 2016 Peace Award in New York City, honored with an acoustic performance by the fabulous Alsarah & Sonny Singh Brooklynwala! Check out this video of the event program (Note: Audio fixed at 1:30).

Click here to donate and support WRL and OWFI!

An evening of celebrating transnational feminism, from honouring Jannat Alghezzi, to hearing an acoustic performance by Alsarah with Sonny Singh!

Jannat Alghezzi (who will be with us in person!) serve's as OWFI's Media Director and coordinates between OWFI's growing number of shelters for women escaping domestic violence and ISIS. Jannat herself came up through OWFI's shelter system, which she desribes as "schools" of politicization and empowerment. Join us in affirming the importance of a focus on liberatory movements in Iraq now, in the face of a global image associated only with war and sectarianism.

Suggested Donation $15
(No one turned away for lack of funds) 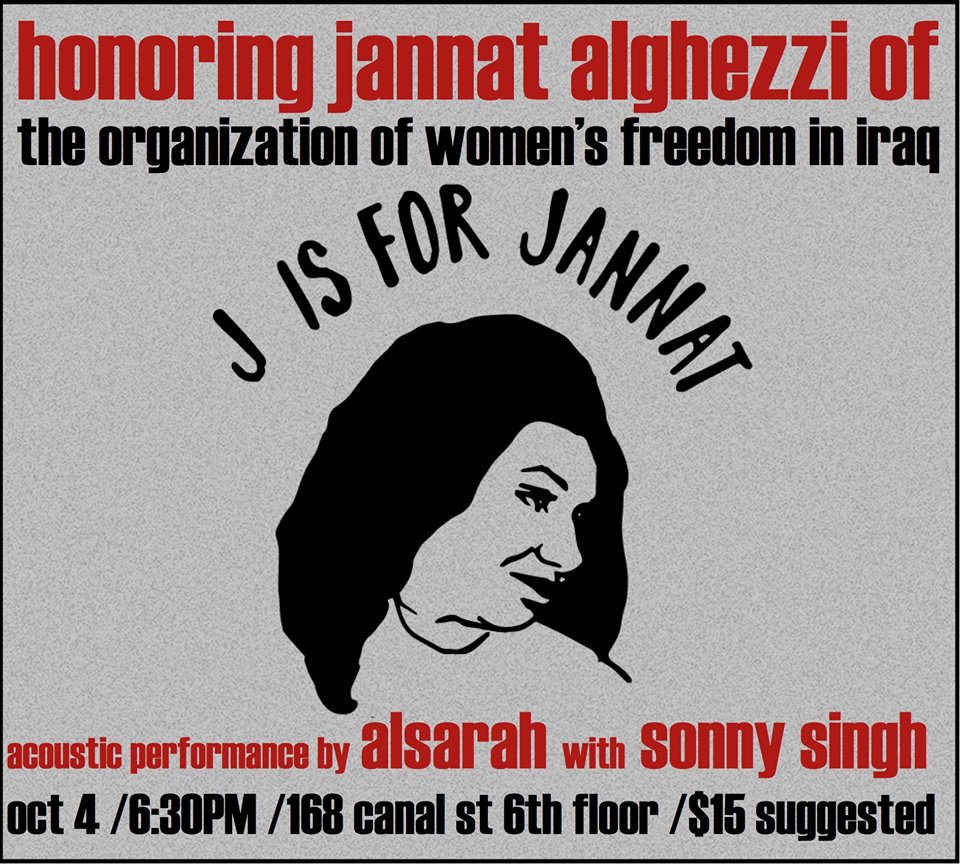 "We stand behind you and carry on our resistance to the rule of the 1% In Iraq, Syria, Egypt, Tunisia, Yemen, and the entire world."

When voices arose in wounded and battered Iraq Calling for an end to U.S. occupation, the return of its stolen oil, And its own—not a puppet—government,

There were women's voices among them, joining The centuries-long and worldwide chorus demanding Women's autonomy and an end to gender violence.

Shelters were formed, and in one you found a school, You found out how to share your courage, to nurture other women’s courage, To lead them in their own capacity for leadership.

And then you helped that group go further, deeper, To solidarity with the ninety-nine percent everywhere, Because freedom for some must always mean freedom for all" 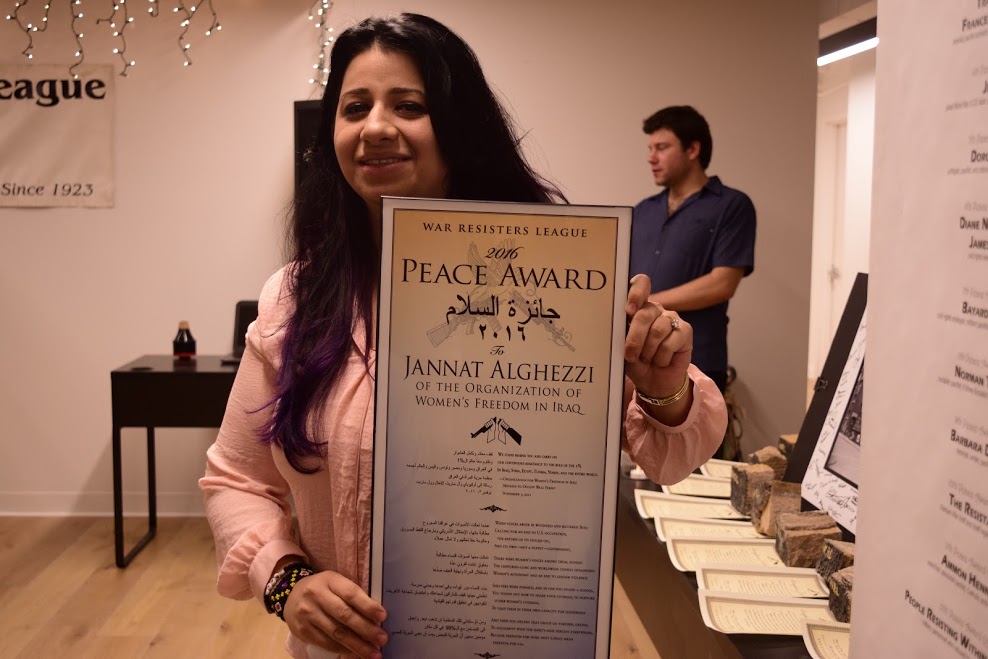