Shoe-Throwing Still Gets No Love In Iraq: An Interview with Dhurgham al-Zaidy

This past Summer, Baghdad’s Tahrir square was once again filled with tear gas. Protesters escaping the toxic fumes have been an ongoing presence there since mass mobilizations against corruption and sectarianism began in late July and spread across central and southern Iraq last year. This time though, they were calling attention to Iraqi security use of live ammunition, resulting on May 21st in the killing of 4 protesters and injury of dozens (including many journalists) that the Press Freedom Advocacy Association in Iraq called “a flagrant violation of the constitution and the laws of Iraq, and a clear attempt to suppress free journalism.” This came on the heals of the protests having reached inside Baghdad’s fortified Green Zone this past April 30th — for the first time since 2003 — led on that day mostly by supporters of Moqtada al-Sadr. 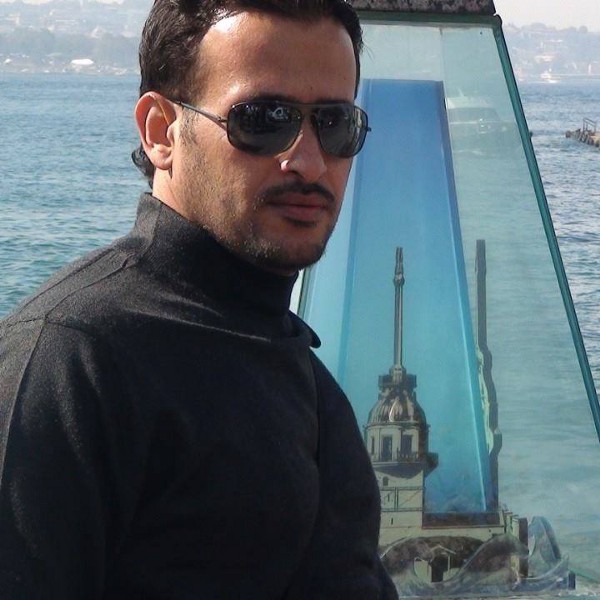 This was taking place during a major offensive by the Iraqi army and allied militias to take back ISIS-held Fallujah, continuing a string of similar campaigns against ISIS that began several months ago, and that have often included US and Iranian military backing. Important to note is that the allied militias — also known as al-hashd al-sh’abi or popular mobilization units — have been accused of possible war crimes and fueling sectarianism by prominent human rights organizations. In addition, 3 bombing attacks in Baghdad claimed by ISIS on May 17th killed dozens and injured hundreds more.

How are we to understand these complex and shifting events then, especially when prominent commentators offer us the same fixed and eternal-sounding identify categories, near-exclusive focus on Iraq’s political elite, and chaos/order binary hammered home by the logic of the “Global War on Terror”? One example by Patrick Cockburn from two days May 27th ago will suffice:

But, even if [Mosul] does fall, the war will not end because the five million Sunni Arabs in Iraq are being given no alternative to Isis other than submission to Shia and Kurdish rule.

This talk of lack of an alternative would come as a great surprise to the range of independent activists interviewed by sociologist Dr. Zahra Ali on a recent visit to Iraq, and featured in this deeply illuminating report. What this survey makes clear is that there are indeed a range of political perspectives on the ground that act independently from the Iraqi government towards progressive aims, and that there are many approaches to key questions such as that of Sadr’s role. To go deeper into one perspective, what some call the “civil wing” of the protest movement, and to counter the media blackout that so intensely hides these voices, I spoke with Dhrugham al-Zaidy, brother of famed shoe-thrower Muntazar al-Zaidy, last week. He is the Baghdad coordinator of an unaffiliated group called “The Popular Movement to Save Iraq.” One note: Dhurgham is not the only al-Zaidy brother who has been active in Iraq’s protest scene, another brother, Uday, was an outspoken figure in the protests of 2011 and 2013 and was arrested and tortured by Iraqi authorities in early 2015. The al-Zaidy family is originally from the Southern province of Dhi Qar.

Ali Issa: What is the state of things in Baghdad now?

Dhurgham al-Zaidy: Politically, every official now in power does not want to give up the share they gained through the US occupation, and their participation in this absurd political process. They ask others to make reforms, claiming they’re not at fault for the corruption and the economic deterioration, or the delicate security situation. So they play a blame game, and with a cowering local media, no one has had to take responsibility for their failures or the failures of the political bloc they represent.

On the social level, there is a lot of anger and fear on the street right now, due to what I described above, and the fragile economic balance. Worry that the security situation will go from bad to worse has become a driver of high prices with people buying just the basic necessities. This stagnant economy has had a huge impact on working people and people of limited means, like widows — because the halting of construction projects, and textile factories has bumped up already high unemployment.

AI: Turning to the protests, ongoing for nearly a year now, why would you say the media pays attention only to those protesters affiliated with Moqtada al-Sadr?

DZ: The square has been ours since 2011. Every time Sadr has joined in mobilizations he has saved the government from a bottle neck we’ve forced it into. At times he gave a “warning” period of 45 days to Maliki, at others he gave him 6 months. Once satisfied with a few posts [in the cabinet] he offers to clear the square of his supporters in exchange.

The same thing happened very recently, but in this case the Iraqi Communist Party [ICP] played a game similar to Sadr’s. And since we despise the religious political parties for their role in all that’s been stolen from the Iraqi people, the ICP tried to present itself as a civil force to ride the wave, especially in Baghdad. This demand for a civil state is what sustained our protests for months, but ICP has been playing the role of a “civil force” within the corrupt system, since the start of the occupation in 2003. This is what gets it some attention from TV stations like al-Baghdadiyya. As for us, no one focuses on us because we’re not part of anyone else’s political project — foreign or domestic. So we’ve tried to stick to our principles, while not having been able to offer ourselves as a holistic project due to lack of media coverage and support. 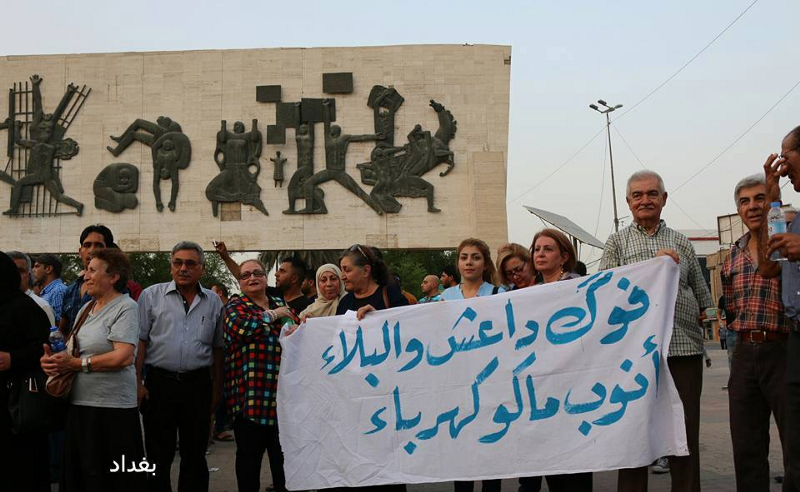 AI: What about the role of sectarianism?

DZ: The sectarian project — as it’s played out in the Iraqi government — is exhausted and in many ways over. The media keeps it alive to get this or that politician votes during elections, but the Iraqi street has exposed it and finds it thoroughly unacceptable. The sectarian quota system is taken much more seriously outside of Iraq than inside. Why? Because we feel its consequences here. The presence of sectarian militias for example, does not threaten only one sect or group, but all of Iraqi society. Especially since ISIS appeared, we now have over 250,000 armed militia fighters who are going to come back to unemployment. This will be a very dangerous time, with possible tensions between militias, with the loser always being everyday civilians. There is also a new development in the Iranian government’s role where its militias are present in the so-called “Sunni-belt” around Baghdad, that aim to force out tribal leaders, and push people there to sell their homes, all to achieve the demographic shift that [former Prime Minister] Maliki began.

AI: How does this relate to what people in ISIS-controlled Fallujah have been going through?

DZ: What’s happening in Fallujah with ISIS not allowing civilians to leave the city, while at times experiencing starvation due to a siege by government troops and militias, is by definition “collective punishment.” The government of Iran, the Islamic Dawa party and former prime minister Maliki are behind this policy, with the aim being again to trigger a demographic shift. This would also fulfill the hopes of neighboring Gulf states of splitting Iraq into three “statelets”, one for Sunnis, Shias and Kurds, the supposed core of our identities. This of course is the Iraqi people’s worst nightmare.

AI: What about the alternative? How do you organize and what would you need to build your movements to scale?

DZ: Excellent question. As one step, our local groups have formed various kind of political networks and entities across regions, that are often organized through social media. But we haven’t been able to unify our efforts due to lack of support. We’ve been unable for example to meet with our counterparts in the South — Maysan or Basra — because such meetings where we would compare our contexts and align all the various youth formations, require conferences and congresses to flourish. It would require centers and offices as well, that could serve as home bases in addition to sites for mass-based organizing workshops and the sharpening of our rights-based political analysis.

One such formation is called “The Popular Movement to Save Iraq” [PMSI]. I have also acted as the secretary general of “Samidoon” [Arabic for “remaining steadfast”] which has merged recently with the PMSI. Keeping up that steadfastness is what we must do right now.