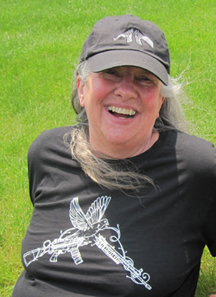 Joanne Sheehan has been on the staff of the New England Regional Office of WRL since she co-founded it in 1985. She as been a nonviolence trainer/workshop facilitator since the 1970s. She had worked with the Catholic Peace Fellowship and the Community for Nonviolent Action. Joanne has been active with War Resisters International (WRI) since 1983 when she was elected to Council and served as WRI Chair from 1998 to 2006. She is an editor and contributor to WRI's  Handbook for Nonviolent Campaigns.  Believing that nonviolent social change needs to include constructive program, Joanne has been involved in developing community land trusts and organizing for economic conversion in her military dependent community of Southeastern Connecticut. She is an organic gardener and loves being a nana. 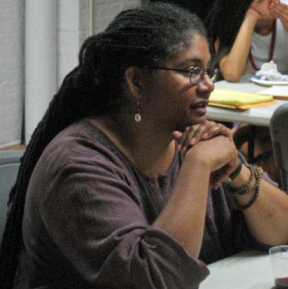 With over 30 years experience in peace, social justice and human rights movements, Linda has worked as Fundraising Coordinator at the Brecht Forum, Program Officer at the Funding Exchange and Education and Communications Coordinator at the Center for Constitutional Rights. She served as the Director of Amnesty International's Program to Abolish the Death Penalty and National Director of the American Friends Service Committee Criminal Justice Program. She has worked with Critical Resistance, Prison Book Program, and continues to work with the campaign to free political prisoner and journalist Mumia Abu Jamal. A key part of her work against war, the death penalty and the prison industrial complex is finding ways to make new technologies serve social justice organizing. A large part of her work at WRL is keeping all the computers working and keeping the website from crashing.

Rustie passed away in October 2018. We miss him enormously.

Rustie spent many years in our office at 339 Lafayette, basking in the sun, interrupting us if we were working too long, insisting that we take breaks to eat and play and rest.  He reminded us that as we work to end war and violence, we need to remember to live. Rustie appeared in our social media outreach, our spokespersons for cats against militarism and all forms of domination.  When we left our home of 40 years on Lafayette Street in 2016, Rustie moved to his well-earned retirement in Baltimore with longtime WRL National Committee member and good friend Ellen Barfield where one autumn day, he passed away in his sleep.

See more photos of Rustie on his remembrance page.

It is with many tears and mourning hearts, that we announce the passing of our dear friend Sister Liz Proefreidt, longtime peace activist. Liz was a dynamo of love, generosity, faith, commitment to peace and justice, music, poetry, and service, a courageous inspiration to all who knew her.

As Area Coordinator for War Resisters League's Stop the Merchants of Death Speaking Tour, she overcame illness, distance, and the danger of the stairs at 339 Lafayette to support War Resisters League time and again, by doing administrative work that is relatively un-romantic but absolutely necessary. Even more, her organizing and participation in demonstrations exemplified her commitment to peace and justice, where she would take greater risk through direct action for peace. Liz also volunteered at Pax Christi Metro New York, was a member of the Srs. of Joseph Nonviolence Group and a member of the Kairos-Plowshares resistance community.

Liz Proefreidt was a "retired" Sister of St. Joseph, but involved full time in peace and justice work. Most of all, she showered love and dry humor wherever she went. 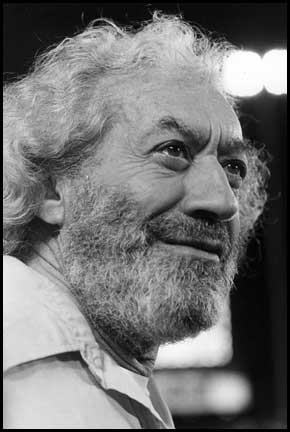 When Ralph DiGia got his notice to report to the Army for induction after Pearl Harbor, he went to the U.S. Attorney's office to say he wasn't reporting because he was a conscientious objector. The U.S. Attorney sent him to a WRL lawyer for advice, but in those benighted days, the armed services did not recognize conscientious objection that was not religiously based. Ralph therefore spent the war years in Federal prison, going on work strikes to integrate the prison dining hall (an effort that succeeded). When he got out of prison, he headed straight for WRL. In prison, Ralph and other WWII resisters had become determined practitioners of nonviolent civil disobedience. However in those days, many older pacifists believed that civil disobedience was going too far in the quest for peace. Over the years, civil disobedience has become a taken-for-granted element of the pacifist repertoire. Ralph worked in the WRL office from the end of WWII onward. He was Office Manager for years, finally "retired," and and then worked for many years more as a volunteer -- allegedly half-time. If Ralph had been paid staff, he'd have cost us a lot of overtime! Ralph handled a wide range of office tasks: the finances for our work with War Resisters’ International and the financial records for our endowment fund, WRL, Inc.; the portion of WRL contributions that come through monthly pledges; and a lot of our retail orders, particularly those for the yearly Peace Calendar. Finally, like most (not quite all, despite the stereotype) longtime pacifists, Ralph is a Mets fan.