Over the coming decade, we will either break the grip of fossil fuels or suffer ever-more extreme climate disasters.  This this 50th Syracuse Cultural Workers Peace Calendar inspires action and support for efforts to stop the people, corporations and political actors bent on destroying the earth in the name of profit.  Artwork on this wall calendar  draws from the rich history of powerful images published in past calendars.

An effective response to the climate crisis requires a thorough transformation of our energy systems, economy and cultural values. The Green New Deal addresses the underlying structures which have brought us to the precipice, seeking large-scale changes to protect the Earth, support poor and working people and develop a social system for people over profit. Inspired by the 1930s New Deal program of Franklin Delano Roosevelt, environmental activists began calling for a GND over a decade ago. Legislation in Congress, introduced by Rep. Alexandria Ocasio Cortez and Sen. Bernie Sanders (with 99 cosponsors in the House and 14 in the Senate), offers a broad outline for a 10-year national mobilization.

As with the original New Deal, there is significant resistance to a major government role in securing the common good. And, just as in the 1930s, it will require strong and well-organized social movements to achieve these essential policies.

Investment and action — both in disaster-preparedness and risk-reduction — are key to making these fragile communities more resistant to devastation. Above, Rahima Khatun walks to another village in search of fresh drinking water. The deep tube well in her village of Khanpur Rajshahi has flooded. (100 words)

APRIL | Lean on… One Another
Annemarie Barrett, watercolor, Resilience is Rooted in Relationship, 2020

As we make the transformative changes required to avert social collapse, we still face major challenges from the warming climate. Improving our resiliency at all levels is critical to sustainable and healthy communities. We have much to learn from indigenous communities about supporting one another through the difficult days ahead. Three sisters farming – growing corn, beans and squash together, was developed centuries ago by indigenous peoples who found the plants worked together to support one another. May we also gain insights from our diverse relations here on Earth. This scene from the Bolivian Andes includes traditional terrace agriculture.

At the current pace, animal agriculture is on track to become the leading driver of human-induced climate change by 2050, resulting in deforestation, water depletion/pollution, biodiversity loss, species extinction, world hunger, and more. Raising livestock for meat and dairy products generates 14.5% of global greenhouse gas emissions — carbon dioxide, methane (20x stronger than C02 at trapping heat), and nitrous oxide (300x worse). To provide a sense of scale, Rhodium Group, a data and global trend analyzer, reported that iff they were a country, cows alone would rank as the world’s sixth-largest emitter of methane, ahead of Brazil, Japan, and Germany. By eating climate-friendly you support a sustainable and fair food production system. If everyone omitted meat/dairy just 3 times per week, the reduced greenhouse gas emissions would equal having 1/6 fewer cars. Individuals can also buy local and support regenerative agriculture, which focuses on restoring soils that have been degraded by the industrial system. Ultimately, demanding action from government leaders and industrial agribusiness is critical in the fight against climate change.

JUNE | Reaching Across Borders
The Revolution Starts In The Earth, (With The Self) © 2019 Mural by Jess X. Snow & Gavriel Cutipa-Zorn, assisted by Zoraida Ingles & Ian Cozzens

As the effects of climate change become increasingly dire, supporting global solutions with intersectional approaches is crucial. The UN's sustainable development goals for 2030 address equality in relation to climate justice and specifically promote global solidarity. We must see beyond man-made barriers and strengthen connections across borders.These bonds amplify the voices of those who have been historically marginalized — in their own countries and the world community. Pictured above are queer women of color activists who work for the freedom of their people at affected borders. (Left: Guatemalan activist Vanessa Flores-Maldonado, Right: Palestinian activist Amira). Their images, along with the plants and animal life, symbolize the ways human experience crosses borders. The artwork highlights the oft-minimized emotional labor that is placed on them. Ultimately the piece hopes to serve as a healing iconography for communities of color, queer individuals and migrants.

Deforestation, hunger, and poverty are a legacy of colonialism in Ethiopia, where 95% of the original forest is now gone, victim of agriculture and cattle grazing. These church forests – few, small and surrounded by protective stone walls built by local communities are a symbiosis of science and spirituality. They exemplify the essential role of forests to nourish the earth and avert climate chaos. Even in miniature, these forests are like their bigger siblings, doing the essential work of canopy and water management, pollination habitat, and serving as a genetic library for many plant and animal species. In the face of the profound forest loss, this example raises our spirits with its determination and persistence.

The health of the Atlantic cod fishery, like other essential worldwide sources of fish, is directly connected to the fossil fuel industry whose extraction and related processes have caused devastating losses of marine life and damage to the oceans. While many Atlantic (and other) coastal communities strive to create a sufficient balance to maintain fish stocks, the inexorable corporate and personal demand for gas and oil continue to threaten the economic and social structures of these coastal communities across the globe. Rigorous science-based planning and management can help, but aggressive work on the climate crisis is critical.

Fairness demands that developed countries, and major emerging economy nations – the source of most greenhouse gases – act first to reduce emissions and provide significant financial and technical support to developing nations to support their rapid transition to renewable energy.

As the country responsible for 25% of cumulative global emissions, the United States bears great responsibility for leading climate solutions. Unfortunately, this has never been the case. Moreover, the US intends to withdraw from the Paris Agreement, and has vigorously pursued policies that undermine it.

If the world is to avoid the most catastrophic effects of warming, both developing and established economies need to move to low-carbon without delay. With the US ranking 2nd in total carbon emissions and 3rd in emissions per capita*, our own government is the place to make our voices heard. (*Union of Concerned Scientists, October 2019)

For migratory birds, the earth is one shared home. This viewpoint is their gift to us. In its annual journey of nearly 19,000 miles from the tip of South America to the Arctic, the red knot rests and feeds along the coastlines of the Americas. Climate change impacts along the entire flyway threaten the survival of the robin-sized shorebird. By saving coastal habitats for migrating shorebirds, we protect ourselves from learning, through their absence, that without them our lives have been diminished.

Above, we see them mid-flight between Brazil and North Carolina’s Outer Banks, a journey of six days and 5,000 miles which they have been known to complete non-stop.

In 2019, intense bushfires charred tens of millions of acres in Australia, devastating mammal, bird and reptile populations. It was undeniable evidence of the need to reckon with the legacy of 150 years of industrialization.

Humans have continuously occupied the desert ecosystems of Australia for 50,000 years. These unique areas are threatened due to lack of resources, changed fire practices, climate change, and the displacement of the land’s traditional custodians.

People walked the landscape and carefully “put in” fire as they moved, creating a mosaic of different fire ages and vegetation types. This intentional burning in patches, and at different times of day and year, can control the intensity and spread of wildfire, ultimately releasing less carbon into the atmosphere.

Despite cultural devastation, Australian Aboriginal fire knowledge and environmental stewardship have persisted over time as knowledge from the past is passed across generations and genders, giving new life to these time-tested practices and stories.

Kaleidoscope, mandala, exploding life-giving star, vision dream.... this piece invites us to wonder...to go to the place of quiet questions. What is my place in the cycle of life? How do the polar bears in Alaska connect to the butterflies in China? How does the wisdom of the Haudenasaunee thrive in the clamor of global capitalism? What does it mean to be my sister's/brother's keeper?

We must believe and even more we must know that the human condition is the planet's condition and to be ever grateful for the beauty of earth's diversity and the power of our connectedness. 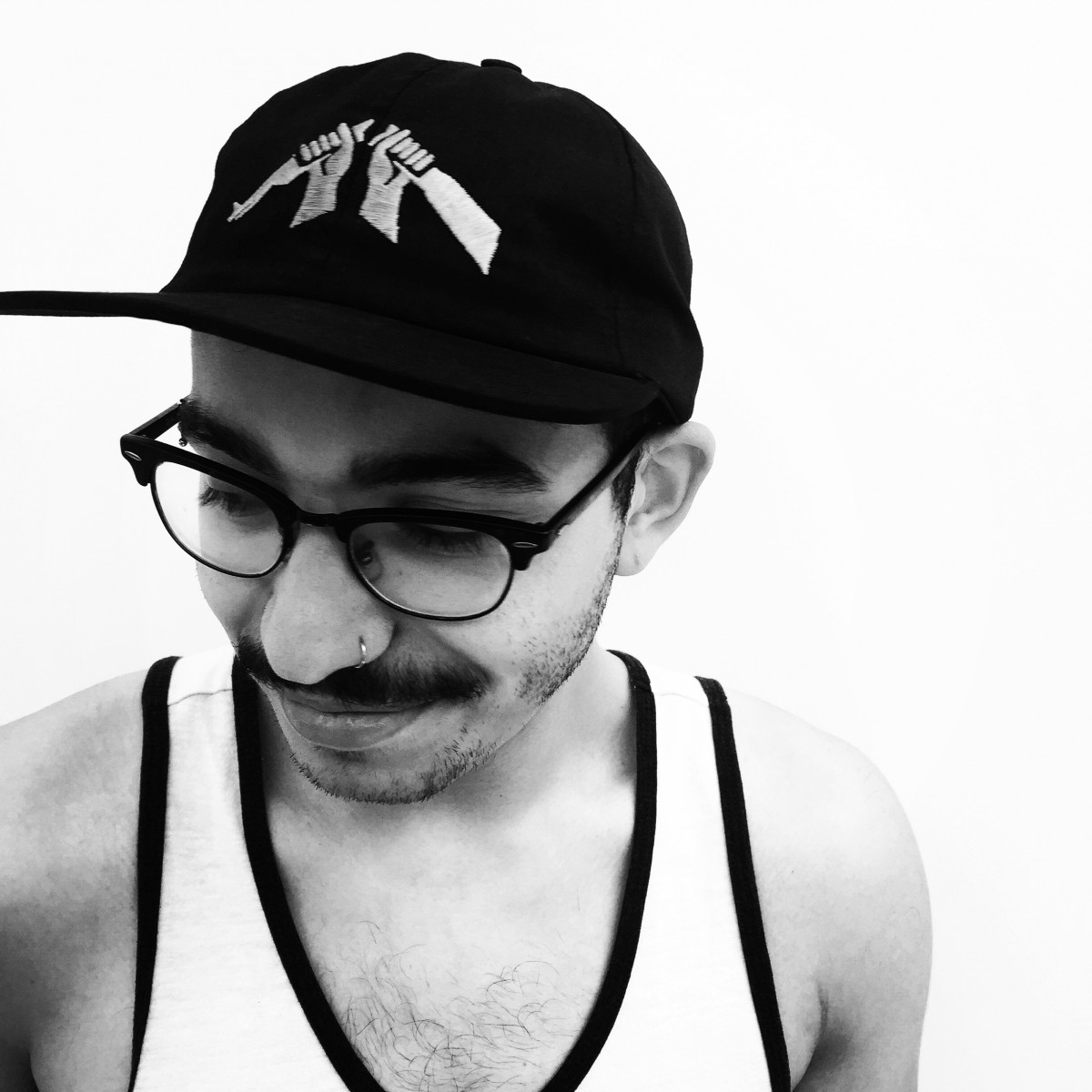