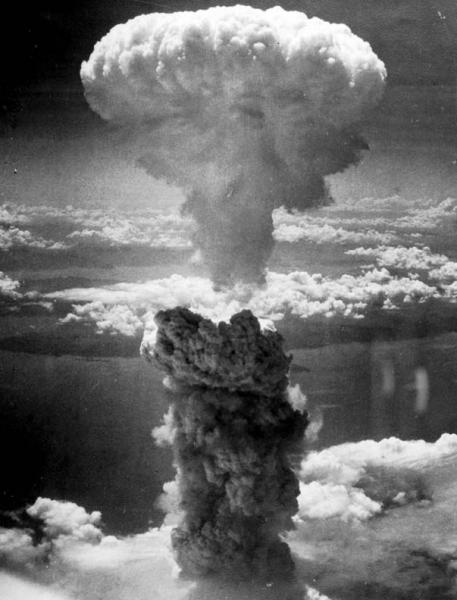 When Martin Luther King, Jr. included the above sentence in his groundbreaking 1967 anti-Vietnam War speech, he provided radical critics of U.S. foreign policy was an eloquent and pithy condemnation of a society that practiced, and continues to practice, a predatory militarism abroad while simultaneously waging a war on the poor and working class at home. In his controversial speech, MLK was highlighting how the vast expenditures being funneled to the military campaign in Vietnam were making the promises of the Great Society ring increasingly hollow. The violence at home took the form of mass poverty and structural inequality, in addition to heavy-handed repression against the social movements of the sixties and seventies. In particular, black revolutionaries were imprisoned, maligned, and murdered by a government that was waging a war of annihilation against a national liberation movement in Vietnam.

For a generation of activists and radicals, it was made abundantly clear that the U.S. government utilized repression to secure its objectives at home and aboard. Today, there is no mass radicalization on par with rebellions of the New Left. The invasions and occupations of the War on Terror have receded from the front page. But while we are clearly not in a 1968 moment, the dramatic rise of the Occupy movement highlighted vast subterranean anger at the neoliberal model. Awareness about Israeli crimes against the Palestinians and the “special relationship” between Washington and Tel Aviv is on the rise, particularly on campuses. It is important for a new generation of radicals to have clarity about the relationship between U.S. imperialism and domestic systems of control and subjugation.

Life During Wartime: Resisting Counterinsurgency, a new title from AK press, edited by Kristian Williams, Will Munger, and Lara Messersmith-Glavin, takes MLK’s statement as its starting point. The collection of essays and speeches by a diverse range of activists and theorists takes a close look at the theoretical and practical cross over between U.S. militarism and domestic policing. The collections urges us to view repression as encompassing more than the obvious baton to the face, or the wanton acts of police brutality against people of color. As Williams writes in the introduction, “...while quick to condemn the most obvious and violent manifestations of this repression, especially when directed against peaceful groups, the left has been slow to grasp the strategy underlying the state’s approach. We tend to characterize repression as the state’s response to crisis, rather than seeing it also as a means to preserving normalcy.”

Counter-insurgency, or COIN for short, is given definition by U.S. Army Field Manuel 3-24, which states that “[c]ounter-insurgency is military, paramilitary, political, economic, psychological, and civic actions taken by a government to defeat insurgency.” In his essay, “The Other Side of Coin,” Williams traces the history of the doctrine, and the ways in which the military and police departments have swapped cadres and imbibed strategy from the same think tanks. Describing policing strategies, Williams writes, “[b]oth militarization and community policing arose at the same time, and in response to the same social pressures. Decades later, facing insurgencies in Iraq and Afghanistan, the military turned to the police for ideas.”

George Ciccarriello-Maher’s piece, “Counter-Insurgency and the Occupy Movement” stands out for its lucidity of analysis. Ciccarriello-Maher, through an investigation of the similarities undergirding police strategies in Occupy Oakland an Occupy Philadelphia, identifies three main stages to the repression. The first stage was a stifling embrace by each city’s Democratic Party establishment, in an attempt to preempt militancy and “win hearts and minds.” The honeymoons were short lived, as the administrations of Mayor Quan in Oakland and Mayor Nutter in Philadelphia began distinguishing between “good” and “bad” protesters, with the former convinced that in order to maintain legitimacy, it was necessary to cooperate with the police and castigate the radicals. The latter were identified by their unwillingness to let the encampments be co-opted and stage managed by the Democratic Party. Finally, after weeks of crisis mongering reports about crime and health conditions, the recalcitrant “bad” protesters were cleared away by force. Cicarello’s chapter underlies the importance of winning fellow activists over to the idea that structurally, the police are the upholders of the status quo. A soft approach initially defined by “communication” is part and parcel of a strategy which has one simple goal: dispersal of resistance. From this vantage point, there is no such thing as good policing. Futile chants of “the police are the 99 percent” were unable to save the encampments.

Other standout contributions include a the transcript of a speech given by Elaine Brown on the topic of mass incarceration, as well as a provocative piece by Evan Tucker entitled “Who Needs the NSA When We Have Facebook?”

Though the contributions make clear the enormous task ahead, the central theme that emanates is not to embrace defeatism and paranoia regarding the system’s repressive capabilities. Far from it. The collection was put together with an eye towards arming organizers with a more nuanced understanding of contemporary policing methods, and their relationship to militarism abroad. It is not enough to simply name the enemy; our side needs a comprehensive analysis of their tactics and strategy. Life During Wartime is a significant contribution towards this end.

Michael Fiorentino is a an undergraduate student at UMass Boston. He is a contributor to the International Socialist Review as well as Socialistworker.org.