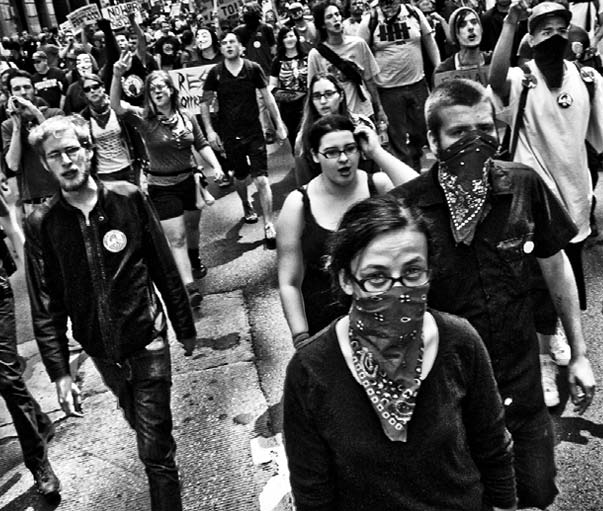 Chelsea Manning never revealed any secrets, and the same must be said of Edward Snowden.

How can massive NSA programs and footage of “Collateral Murder” be called “secrets” when hundreds, or likely thousands, of individuals possessed knowledge of them? The oxymoronic term “open secret” can hardly be applied here; “quasi-secret” seems more appropriate. In essence, what these whistleblowers released was information. After all, if President Obama or any other member of government had made the formal decision to make public the exact same material, the headlines would read that he or she “disclosed information”; a sanctioned press conference would never contain “secrets.” This point aside, the generality of documents and files that Manning and Snowden unveiled to the world does not in any way belittle their actions.

Information such as this, some of which legally implicates numerous individuals in acts I and millions of others deem reprehensible, is monumental. But this clarification of terms does not remove Manning or Snowden from the discussion of secrecy. On the contrary, we have simply been looking at secrecy in the wrong context, as they both separately still carry a secret more important than anything they revealed to the media, a secret that paradoxically both cannot and must be shared throughout the world.

In his work The Gift of Death, the late French philosopher Jacques Derrida argues that a true secret can never be revealed. Lest we dismiss this new definition as too theoretical or inapplicable to the harsh world we inhabit today, it’s worth considering for a moment another phenomenon: Love.

Within that ephemeral connection which forges and sustains a relationship between people, there is a secret not only concealed from “others” (those outside the bond) but also from the lovers themselves. If describing that relationship—in words, images, music, or any other method—was easily accomplished, most songs need never have been written, most books not worth writing. Love defies all types of definite and concrete representation, verbal or otherwise, and in this way, it serves as an example of the “possible impossible,” that which simultaneously cannot be explained but the existence of which cannot be denied. Two people may declare their incontrovertible love for each other, and while they might approach a description of their condition, even they cannot fully explain the how or why of it. And as will become clear, this remains, arguably, Love’s most valuable characteristic, the trait that strengthens it against all opposition.

In the case of Manning, Snowden, and all other whistleblowers, however, the secret is not an amorous one. For them, it is a different “possible impossible”: that of ethics and decision-making.

Both Manning and Snowden were employed by sectors of the U.S. government, ultimately swearing oaths to protect and serve their country. This declaration marked their entry points into an ethical space considerably removed from that of most U.S. citizens, one which places the military industrial complex’s conception of patriotism at its center. In that sphere, a devotion to “country,” aligning strictly with State ideology, trumps the individual’s conscience every time.

Despite the psychic violence inflicted on them by this system (which includes the threat of imprisonment and even the death penalty), at a certain point, Manning and Snowden decided they, like other whistleblowers before them, had seen too much. After bearing witness to material that ultimately shattered the bubble the government had created within and around them, staying silent in the face of such injustice no longer remained a tolerable option.

It is in this instant, the moment of decision—a period of time Derrida argues “cannot be grasped: something one can neither stabilize, establish...apprehend, or comprehend”– that the secret whistleblowers carry can be glimpsed, that something occurs that is beyond our explanation, but undeniably exists. It is this “possible impossible,” a triumphant bursting out of the internal imprisonment suffered by those ensnared by State imperatives, that compelled actions that have changed our world forever.

While both Manning and Snowden make statements regarding their respective motivations, neither will ever succeed in articulating what precisely came upon them, outside of their control, during the moment of decision-making. But as with Love, such impossibility should not be read as derision. Quite the opposite, in fact. Consider yet another phenomenon, often deemed “the greatest mystery of all”: the Divine. Whether one calls this force or being “he,” “she,” “it,” or even “they,” this is just one more “possible impossible,” a force or being argued by many to be simultaneously known and unknown. Explaining the Divine, like fully articulating Love, would turn a beautiful mystery into mere banality.

The instant between the “I” and “won’t” serves as the temporal space in which Manning and Snowden silently removed themselves from the government’s ethical sphere and into another, one guided by the will and desire to prevent future loss of life and bring justice to those who caused the deaths of countless others throughout the world. At that moment, Manning and Snowden made world-altering decisions, and decisions are, in Derrida’s words, “in the end, always secret...[and remain] secret in the very instant of [their] performance.” A spark of some sort, an incomprehensible and unknowable urge, struck them, and we will be forever in the dark as to what exactly it was. In that briefest amount of time, they each sacrificed the ethics enforced by the U.S. government in favor of absolute duty, for their actions transcend the borders of the personal or national. They have helped every one of us, and those yet to come. If this increased transparency succeeds in the public’s reconceptualizing what citizens will accept from their governments, a more peaceful, less war-obsessed, future might be attainable.

And what about the rest of us, the countless individuals lacking such access to information that needs revealing? How do we figure into this story unfolding across the world?

Simply put, we must remain constantly alert and critical, reading these events not passively but conscious that, by acting as they do, all whistleblowers implicitly challenge and call the public to act as well. Theirs will never be an identity that survives in isolation. Julian Assange and Glenn Greenwald fully understood this, and upon receiving Manning’s and Snowden’s information, they also resolved to act—two decisions made in comparable silence and secret. And while the core of this phenomenon remains indescribable, we can nevertheless pass on to others the seeds of inspiration for acting in solidarity with these whistleblowers. Those seeds may take the form of works of art or pieces such as the ones you’re reading now. Through them, people as diverse as a young student in France or a retired chef in Turkey can reach an understanding of what inspires whistleblowers, the ultimate effect of which will be the sharing of this all-too-important secret.

By imprisoning Manning and issuing castigation after castigation about Snowden, the United States government believes it will succeed in concealing a secret it unconsciously denies it carries: that it no longer possesses its empire. But it is fooling itself in thinking that governments can in fact possess any secrets, material documents or otherwise. Regardless of how it may parade itself, the U.S. is no longer the world’s leading hegemon, its will no longer the ultimate guiding force. Yet it will seemingly stop at nothing to keep this truth from being exposed. What it fails to realize is that this, just like the information these whistleblowers released, is no secret at all. And in this particular case, the rest of the world already knows.

With each display of force against these noble individuals, the U.S. government does not display might but rather further evidence of its growing weakness. And as long as the core of the ethical decisions which pushed Manning and Snowden to act remains both secret and shared—through discussion and analysis or dispersing their words and stories—there isn’t a thing President Obama, Congress, or the NSA can do to stop those compelled to carry out what must be done. By all of us.

Charles Shafaieh is a freelance journalist specializing in cultural criticism. A member of Phi Beta Kappa, he graduated from Columbia University in 2013.