Praise for Against All Odds:

"The thesis of Against All Odds: Voices of Popular Struggle in Iraq, should be obvious. But in fact it is revolutionary, at least for people like me, who came up in the U.S. anti-war movement in 2003 and continue to be inundated with media and political images of Iraq as solely a target of death and destruction–and its people hapless victims. [This] is revolutionary because dignity, humanization, and self-determination are the antidotes to militarism and occupation, and the uplifting of Iraqi voices and stories of resistance shines a light towards a better world." Sarah Lazare - Counter Punch

"Focusing on the period after the US invasion, Against All Odds offers the voices of movements of the 'Arab Spring' as manifested in Iraq and all but unrecognized in the USA.  It is those movements and their fight for justice that have been undermined not only by the results of the US invasion but also by the rise of right-wing movements and forces that have aimed to inflame religious tensions and usher in a different form of authoritarian rule.  Unlike other reporting, Against All Odds presents a picture that is both compelling and informative." - Bill Fletcher, Jr., co-founder, United for Peace & Justice; writer/activist

“Against All Odds provides an essential corrective to the predominant analyses in Iraq which privilege the forces of oppression and marginalize the voices of hope.” - Dr. Abdel Razzaq Takriti, University of Sheffield 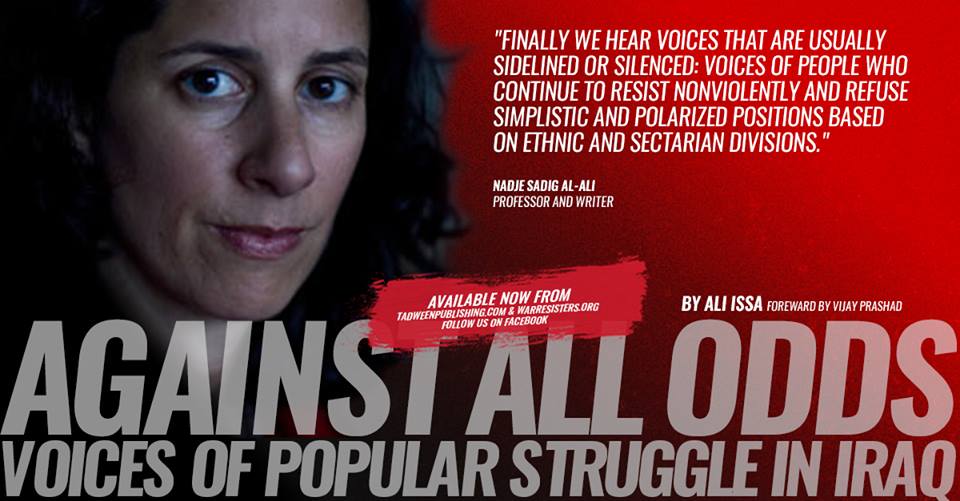 Reviews and interviews featuring Against All Odds

June 25: The Groundbreakers on CKUT