“History is not a collection of dramatic dates of great leaps from oppression to liberation. It is more often seemingly endless night broken by dawn. History is made by people as ordinary as ourselves, but extraordinary in that they have been seized by a dream for which they are willing to struggle and to risk a great deal – and to go on struggling and risking without ceasing. And so the Walk began. A lesson and a test, a way of learning the patience needed.”

- David McReynolds, The Continental Walk for Disarmament and Social Justice. 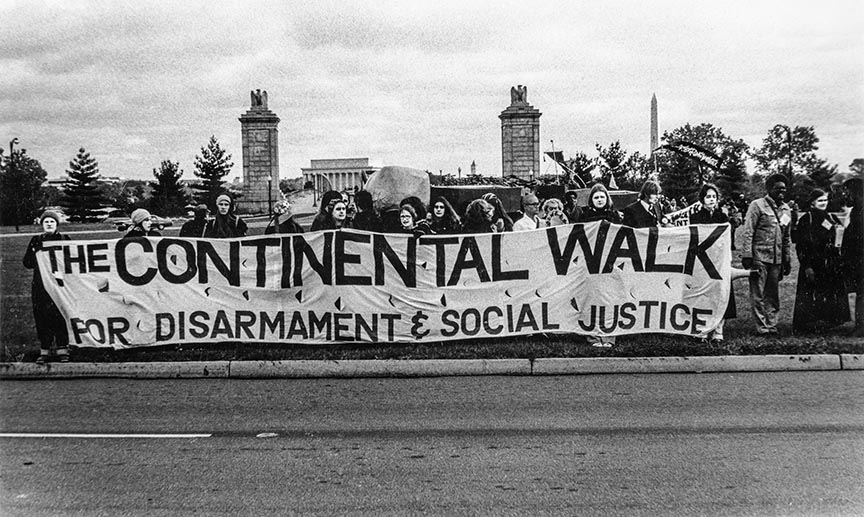 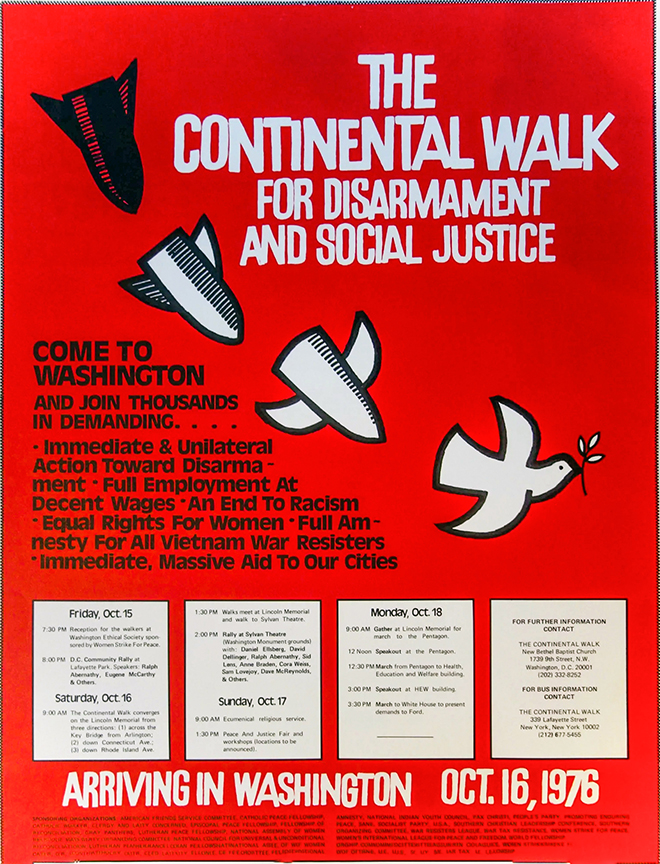 Following the end of the Vietnam War, in the year of the US Bicentennial, the Continental Walk for Disarmament and Social Justice was an effort to refocus attention on the urgent issues of armaments – particularly the nuclear arms race – and the connections to social injustices such as sexism, racism, economic inequality,  etc.

On January 21, 1976 the Continental Walk left Ukiah, California for Washington, DC. A small group, joined by many along the way, spent 9 months walking across the country, following in the footsteps of the 1961 San Francisco to Moscow Walk for unilateral disarmament. In April a walk organized by the Southern Christian Leadership Conference left New Orleans for DC, and in August a Boston to Washington walk began. There were 20 feeder routes. The three main routes included monks from the Japan Buddha Sangha, who joined to promote links between the Japanese and US antinuclear movements. Nipponzan Myohoji monks have continued to work and walk for peace in the US.  Initiated by WRL, the Continental Walk was sponsored by 24 national groups, hundreds of local groups, and involved 10,000 people.

After crossing 8,000 miles through 34 states, the Continental Walk converged on Washington in mid-October 1976, for three days of events that concluded with a walk to the Pentagon, where 53 were arrested trying to enter. 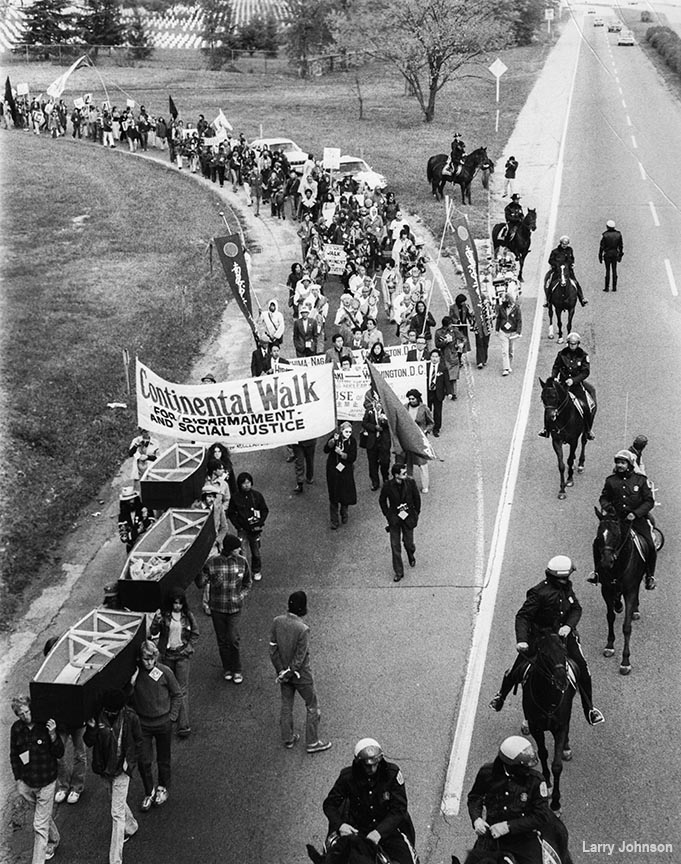 The political goals of the Walk fell into four categories:

• Education about the arms race and the intersections between militarism and social injustice;
• Organizing that stimulated local activism, connecting rural and urban communities through a national network of organizations;
• Unity as the Walk focused on fundamental social and political change;
• Outreach as Walkers went through communities not usually exposed to discussions on these issues.

WRL has actively opposed nuclear weapons since they were first used against the Japanese in Hiroshima on August 6, 1945. During our Centenary we will write about some of the many WRL campaigns and nonviolent actions on the long road to nuclear disarmament.

On January 22, 2021 the UN Treaty on the Prohibition of Nuclear Weapons went into effect, when 50 countries signed onto a “comprehensive set of prohibitions on participating in any nuclear weapons activities. These include undertakings not to develop, test, produce, acquire, possess, stockpile, use or threaten to use nuclear weapons.” (UN Department of Disarmament Affairs.) Sixty-eight countries have now signed, and ordinary people continue to work for the dream - and struggle for -  a nuclear-free world. 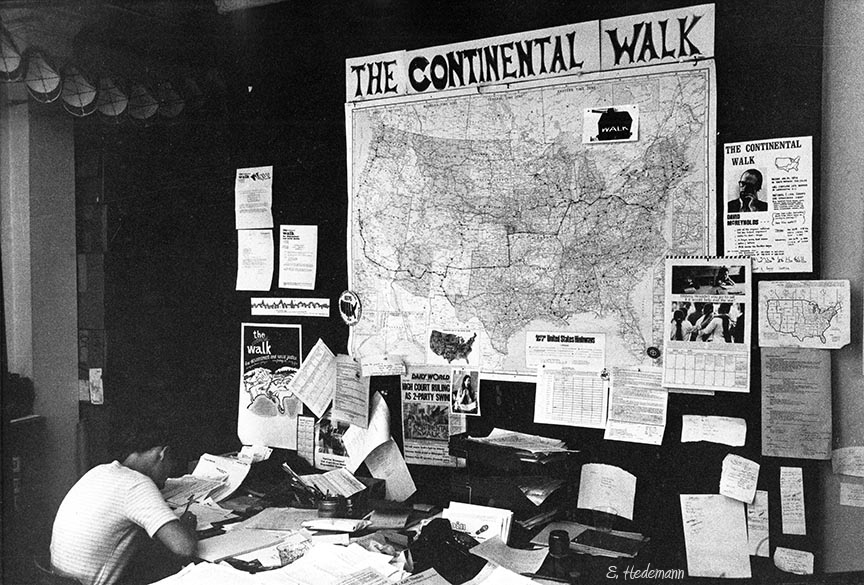