It’s been nearly five days since returning home from Detroit and I think that the word most present in the minds of many of the WRL members who were at the second-ever U.S. Social Forum is “unpack.” Aside from the bags full of notes and posters, books and pins that we carried home with us, we also hold countless stories and conversations and new and budding relationships that are hard to translate into a simple reportback.

Throughout the five days that WRL members spent in Detroit, we led and participated in a host of workshops, gatherings, and events, including workshops on counter-recruitment, GI Rights, U.S. anti-war movement strategy, war economy, drones, prison justice, U.S. bases abroad/U.S. empire, Latin American resistance movements to militarism, Palestinian liberation, environmental justice, AFRICOM, GI resistance, and anti-nuclear movement building in solidarity with indigenous peoples within and outside the U.S.  At the U.S. anti-war strategy session that WRL hosted with Civilian Soldier Alliance and the Catalyst Project, one of the participants afterward told me that she had an “aha” moment when she realized during the workshop that the work that she was doing to promote BDS (Boycott, Divestment, and Sanctions) against the Israeli apartheid regime is actually chipping away at a piece of U.S. militarism.

How? Because something that the U.S. Social Forum really brought home for many of us is that all of our struggles and movements are interconnected. U.S. militarism is a central force in maintaining U.S. dominance in the world and domination at home and people are recognizing that our local resistance movements to counter the policing and incarceration of immigrants, stop forclosures on homes, demand healthcare for every one of us, stop closings of schools, parks, and libraries, and demand justice for the peoples of occupied nations are steps towards ending the U.S. war economy and building communities based on principles of justice and global sustainability. 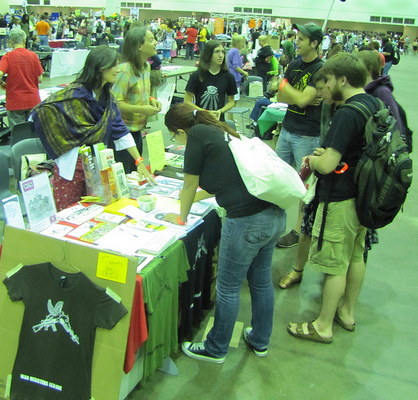 For all members of the War Resisters League, including the multitude of you who were not in Detroit for the USSF, we certainly have some unpacking to do. But there is also a lot of building and growing that needs to happen from here. Next steps for those of us who were in Detroit include follow-up work on some amazing coalitions that came together for the USSF among organizations that have long wanted to work together and see this historical moment as a ripe opportunity. This includes growing WRL partnerships with GI resistance organizations, a number of prison justice groups, connecting WRL members’ long-time work in support of political prisoners with the prison abolition movement in the U.S.,  anti-uranium mining groups in the U.S. and India, in solidarity with indigenous peoples internationally, and economic and racial justice organizations in the U.S. who are making connections between the lack of funding for peoples’ needs domestically and internationally and the taxpayer-funded U.S. military budget.

These are all steps towards ending militarism, built through sharing food, having conversations, and nurturing our one-on-one and organizational relationships. There’s a lot of hope in that and, for those of living in the U.S., in “the belly of the beast” as some call it, there is also a lot of hope in knowing, as WRL member Clare Bayard pointed out during our time together at a training with Iraq Veterans against the War during the week leading up to the USSF, that standing against U.S. militarism means standing on the side of the rest of the people in the world. Having met many organizers from all over the world who left their struggles at home to come to Detroit to talk with U.S. organizers and share their stories, I know that the rest of the world will stand with us, too.

Please send us your comments, thoughts, or stories about the U.S. Social Forum! Comment here or send an email to wrl [at] warresisters.org.