It is important to tend to the underlying roots of the problems we are working to change. Demonstrations alone do not usually create the change we want. We often go from recognizing a problem to marching against it. Such protests should be seen as the first step in bringing the issue into the public arena and gaining support. But we need to know how to escalate into nonviolent campaigns, including organizing effective actions, from there.

Influencing change may require many campaigns. (Note that a movement is a cross section of groups and campaigns and activities that includes the use of multiple tactics to reach a common vision, such as the Civil Rights Movement, the Climate Change Movement). Campaigns are engaged in by groups and allies with a common understanding and a particular goal. They are made up of multiple tactics and activities that strategically work towards achieving that goal (i.e. Montgomery Bus Boycott to end segregation on public buses, campaigns to stop particular pipelines). 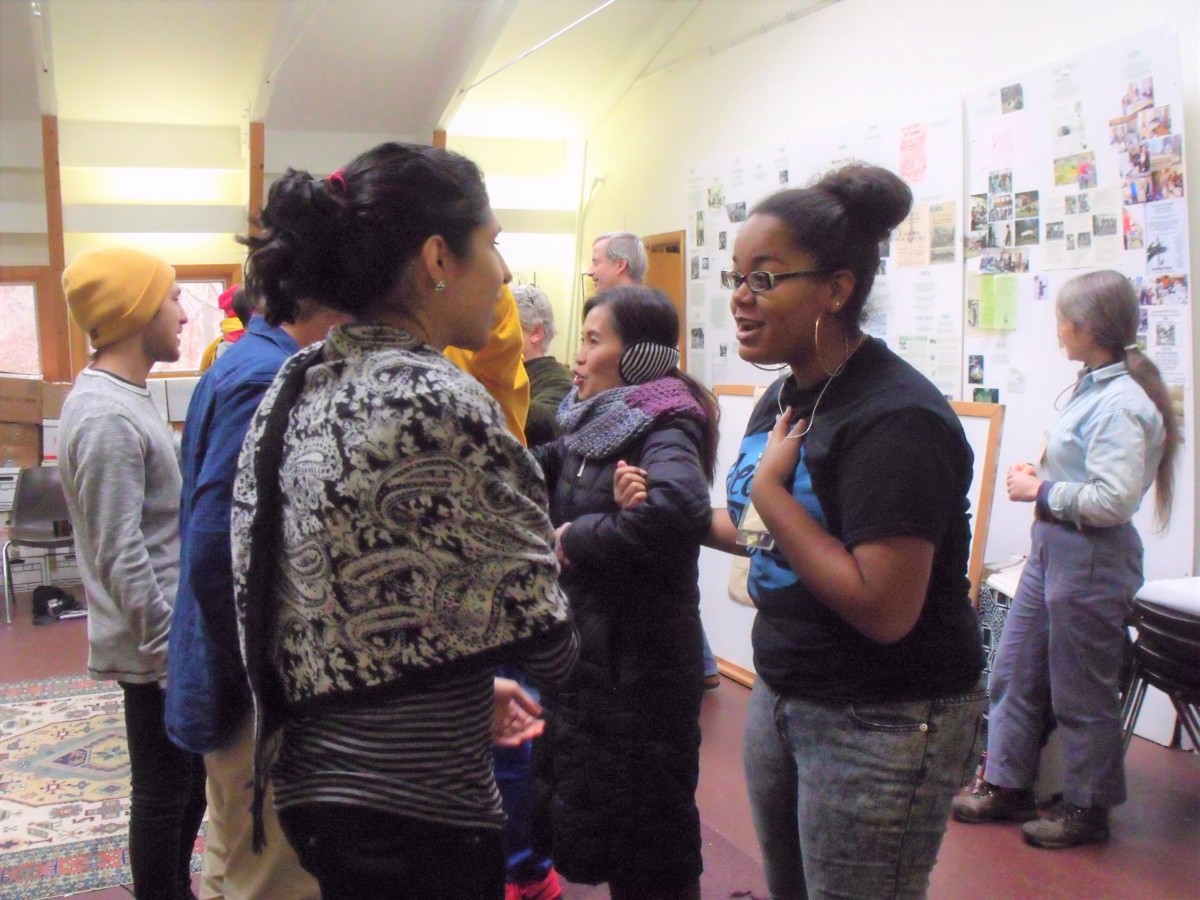 "Steps in a Campaign" is a handout created from WRI's Handbook for Nonviolent Campaigns that can be used in many ways depending on the needs of the group: from an outline of the campaign development process to the basis of agendas to bring a group through the process.

A facilitator should assist a group through the process, using the questions and exercises, over several sessions.  A group may need to start at the beginning if they have not already answered those questions.  Even if a group is further along in their process, it is important to review what they have done to make sure there is a common understanding to insure it can be a non-hierarchical, inclusive process.

Tools to gain an awareness of racism, materialism, militarism and gender in our campaigns:

"The Intersections of MLK's Triple Threats" is an hour long exercise/workshop to understand the importance of organizing based on the intersections of the giant triplets of racism, poverty and militarism that Martin Luther King, Jr. spoke of in his “Beyond Vietnam” speech.

“Gender and Nonviolence” includes questions at the end on “Gender Awareness in Nonviolent Campaigns” which can help not only incorporate gender awareness but can also be used to incorporate awareness of race/ethnicity, gender, economic status, age, etc. in various aspects of our campaigns.

Additional exercises in the Handbook for Nonviolent Campaigns: River of Life – Gender Lens and Power Flower

To learn from the history of nonviolent campaigns:

Learning from the Nashville Lunch Counter Sit-in Campaign Agenda:  This 1 ½ to 2 hour (online or in person) workshop explores one of the most foundational campaigns in the Civil Rights Movement, which took place in 1960 and still has much to teach us today. The 25 minute documentary “Nashville: We Were Warriors” from “A Force More Powerful” shows the power of nonviolent action training, how strategic planning can create a successful campaign, while introducing us to the students and ministers who were at the core of this campaign and went on to be key strategists, organizers, trainers in the Civil Rights Movement including John Lewis, Barnard Lafayette, Diane Nash and Rev. C.T. Vivien )who is only identified as the “Black minister” who the mayor gets into an argument with.) Rev. James Lawson’s workshops were the training grounds. This agenda includes exercises to help us better understand the lessons they learned.

10/10 Strategies: 10/10 Strategies is an exercise to help groups learn about the rich history of nonviolent campaigns and understand how nonviolent social change works.  The facilitator needs to be clear about the definitions of tactics, campaigns and movements, but does not need to be knowledgeable of everything on the groups' lists. The facilitator's role is to ask them for a brief description if needed.