(CHICAGO, IL, 10/9/16) – Fifteen community members chained themselves together across the intersection of Michigan and Wacker, disrupting business as usual in downtown Chicago for an hour and a half. The #StopITOA coalition, a group of Chicago community organizations, expressed deep concerns about anti-Muslim and hyper-militarized tactical training at the Illinois Tactical Officers Association's (ITOA) 2016 Tactical Training Conference taking place at the Stonegate Conference and Banquet Center in Hoffman Estates from October 9-13. #StopITOA Coalition demands an end to the police militarization, Islamophobia and Donald Trump-style fear-mongering which ITOA promotes.

Chained to lockboxes, fifteen members of the #StopITOA Coalition called on Cook County Department of Homeland Security & Emergency Management (DHSEM) and the City of Chicago end their relationships with ITOA and prioritize spending for human needs, including mental health care and education – not militarization and violence. Protesters held the intersection for 1.5 hours, surrounded by over 50 Chicago Police Department officers until SWAT officers arrived with power tools to cut protesters out who were cuffed and put in two paddy wagons.

ITOA's Tactical Training Conference is a five-day SWAT tactical training and weapons expo aimed at training local police and emergency medical technicians (EMTs) "like tactical squads in the military", and increasing the flow of weapons and militarized technology into greater Chicagoland and throughout nation. These practices pose a direct threat to Black, Muslim and communities of color. The keynote speaker for the ITOA conference is Sebastian Gorka, a far-right extremist and consultant for presidential candidate Donald Trump consultant, who has consistently called for the expansion of law enforcement to carry out suspicionless monitoring and surveillance of Muslim and refugee communities.

Melisa Stephen, a member of the For the People Artists Collective and participant at the rally said about Sebastian Gorka: “We're talking about a man who makes a living off Islamophobia. It's important to note that Islamophobia is employed to justify police militarization, including increased partnerships between weapons manufacturers and law enforcement agencies. This is how we get organizations like ITOA that teach local law enforcement how to use military equipment and tactics that they then use to continue killing black, brown and indigenous people at alarming rates.”

ITOA is a small, non-governmental organization that works with Cook County Department of Homeland Security & Emergency Management (DHSEM) and other government agencies to train local and federal law enforcement agents. US Marshals, military personnel, DHS agents, and other government personnel from across the nation frequently attend ITOA's conferences and weapons expos. The Safariland Group, a major military-grade weapons manufacturer whose tear gas canisters have been used from foreign dictatorships to Ferguson, is this year's ITOA Conference corporate sponsor.

While Chicago is still reeling from budget cuts that have resulted in the closure of over 50 public schools, mental health clinics, and severe cuts to social services, the city spends over $4 million a day on the Chicago police alone. “What keeps us safe is funding for our schools, healthcare, crisis and trauma centers, jobs and accessible and affordable housing. What does not keep us safe is the defunding of these life saving institutions,” says Aislinn Sol of Black Lives Matter - Chicago.

“Police militarization conventions and SWAT trainings are happening 365 days a year, all over the world. In the United States, they are where the arms industry meets law enforcement and emergency response, with the federal government footing much of the bill. This is why we are coordinating nationally, across communities and issues against this drive to constantly militarize police repression.” said Skanda Kadirgamar of War Resisters League’s NoSWATzone campaign.

#StopITOA calls on Stonegate as well as DHSEM and the City of Chicago to end their relationship with ITOA and the hyper-militarization and Islamophobia that has proven to be harmful and deadly for communities of color across the nation. 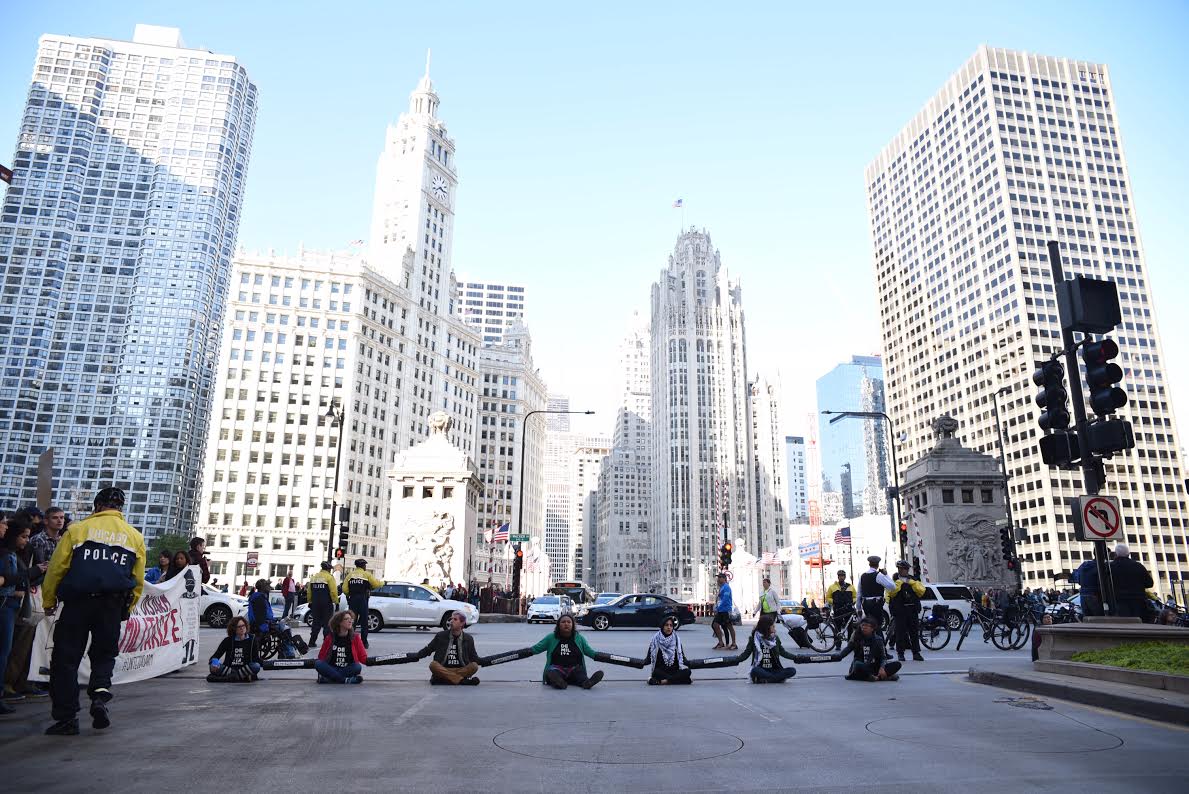 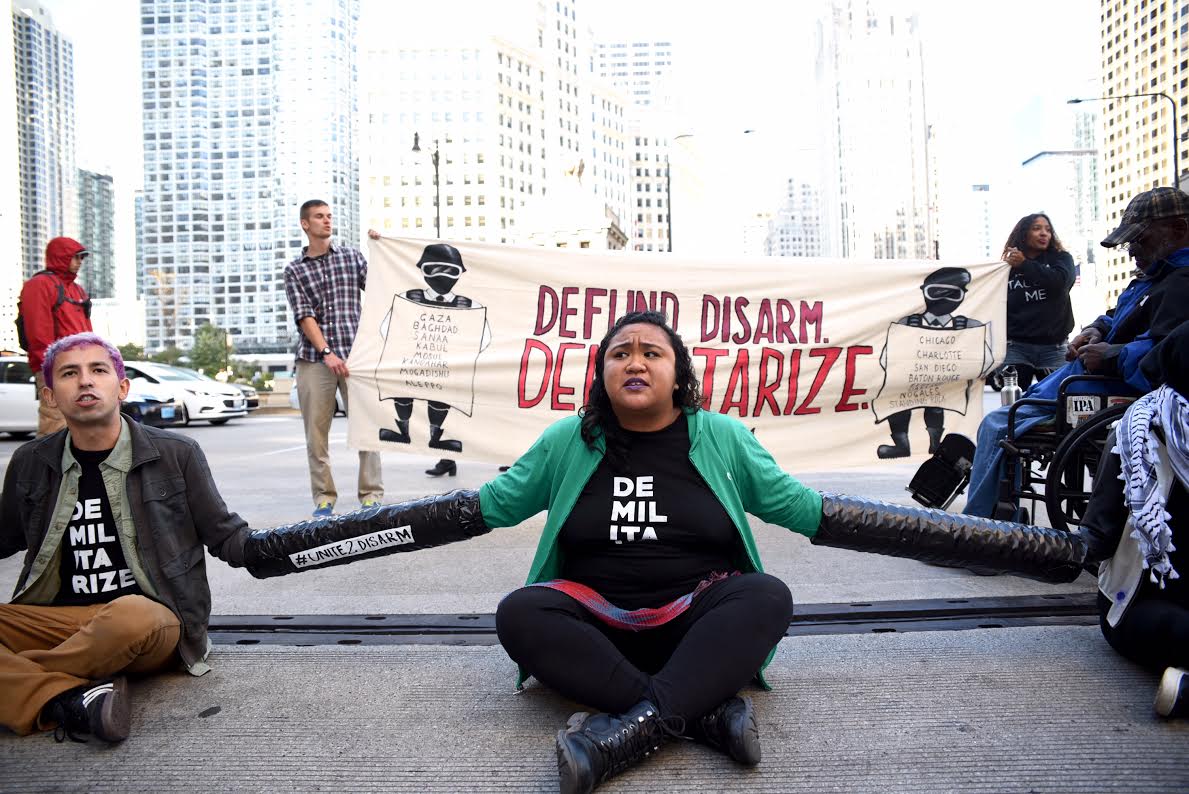 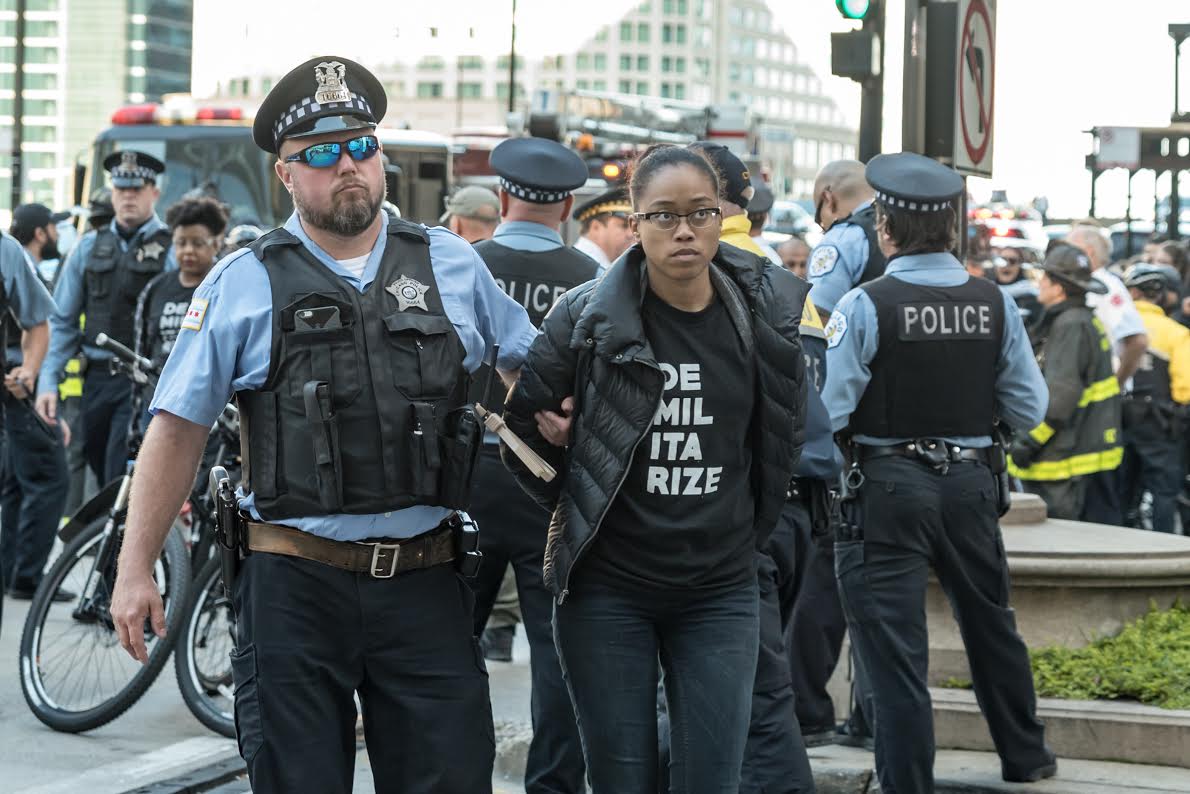 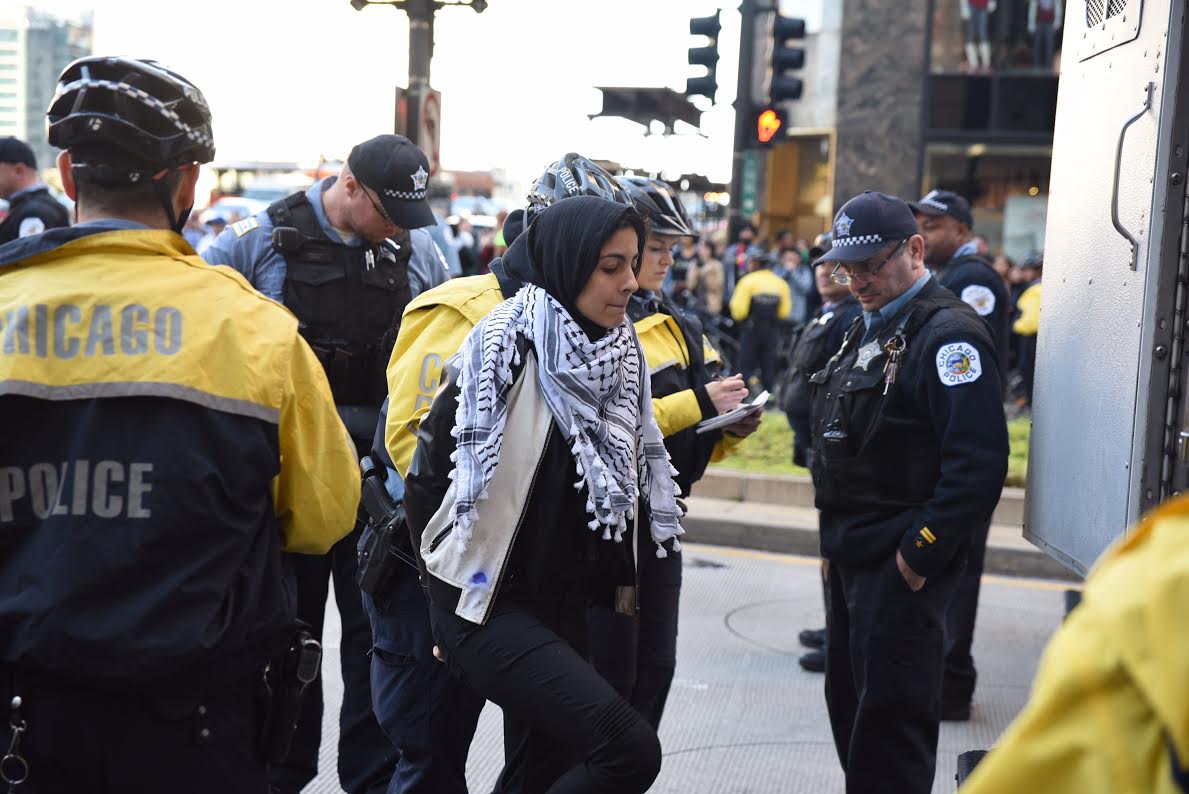