New York, NY - On Thursday Dec 10, 2015 over 800 members from the Arab community, Muslim community and human rights activists of New York City came together in solidarity for Syrian and Iraqi refugees to say no to the harmful racism, Islamophobia, Arabphobia, and Xenophobia towards the refugee community. People of all different faiths and backgrounds joined the rally, simultaneously there was a banner drop at the Trump Towers.

This gathering was in reaction to the recent hearing that took place on November 19, 2015  when the U.S. House of Representatives passed the American Security Against Foreign Enemies Act of 2015 or the American SAFE Act of 2015 (H.R. 4038). This bill would make it harder for refugees to enter the U.S. by requiring background checks by not just the Department of Homeland Security but also the Federal Bureau of Investigation and the Director of National Intelligence. Since the aftermath of 9/11 - increased “security” has only left the Muslim/Arab community in fear of government officials. Ella Wind, from Middle East North Africa (MENA) Solidarity Network, said "The screening process for refugees is already so incredibly lengthy and thorough. It's not uncommon to hear of refugees and asylum seekers being killed or harmed before they can arrive safely in the United States."

“I’ve been in this country for over 20 years fighting for asylum from my country - Senegal. I am a Muslim, an asylum seeker, and have been in the US since 1995 and started the process in 1990. We have to continue to fight just to remain in this country to be together with our families. It shouldn’t be difficult for refugees and asylum-seekers to resettle in other countries,” said Fatoumata, member of Families for Freedom and mother of six U.S. citizen children. 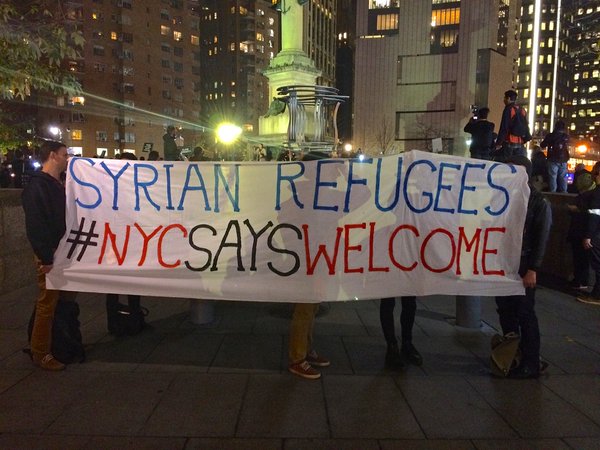 "The ban of Syrian and Iraqi refugees is violence,” explained Jamila Hammami, Executive Director of Queer Detainee Empowerment Project (QDEP). “This sort of hate in America is a systemic issue; it is tied up in Islamophobia, Xenophobia, Arabphobia, and anti-Blackness in our society. This is an insidious illness that is at the core of our society that has long been in existence. We must fight and resist U.S. imperialism, colonialism, and war disguised as "fighting terror" abroad in the East, otherwise we will continue to have candidates and policy makers advocating for internment camps; which already exist statewide with 250 immigration detention centers facilities that holds 34,000 immigrants seeking safety nationally."

As a community, we recognize that the United States is complicit in the human rights abuses across the Middle East and North Africa. We also recognize that the Assad dictatorship is responsible for the vast majority of civilian deaths in Syria, and is engaged in documented torture and imprisonment of tens of thousands of its citizens. We stand in solidarity with the popular movements which rise up against any repressive government. We also recognize that the United States bears primary responsibility for the deteriorating situation in Iraq dating back to the 1990s Gulf Wars and exacerbated by the global ‘War on Terror’.  All of this has contributed to the recent influx of Syrian and Iraqi refugees that have entered and are trying to enter into the United States.

"I fled persecution from my home country Lebanon to seek asylum and became refugee in the United States in 2010. I thought I would live without fear in this land, but little did I know about the discrimination that welcomed me once here. When Trump and his supporters are not held accountable for the hate crimes that are increasing in my community in direct correlation with their hate speech, I feel as vulnerable and as fearful for my life as I did back home.” said Lead Organizer Mirna Haidar from the Arab American Association of New York.

At present, the U.S. government has agreed to accept 10,000 Syrian refugees. This is not enough. We demand that the U.S. government accept more refugees from Syria and Iraq without intense background checks and to provide adequate resources and social services to these newly resettled refugees. Further, we demand that the U.S. and all other governments cease their interventions in the Middle East and North Africa and their support of human rights abuses by repressive regimes.

Most recently Donald Trump, the leading candidate for the Republican party said in a statement that “Muslims should not be allowed to enter the United States”. This statement reflects on the current climate of rising Islamophobia in the country, promoted by politicians, which negatively affects the opportunities for refugees, immigrants, and Muslims in the United States. We see statements like these as detrimental and discriminatory hate speech that is unacceptable, especially from political candidates running for the U.S. presidency.

"Standing against Trump's fascism also means opposing airstrikes and ground troops as solutions to the many crises in the Middle East" said Ali Issa of War Resisters League, "banning Muslims is just a natural extension of U.S. wars waged in the Muslim world, which treat people there as less than human. The people's movements of Iraq and Syria are the only real solution to dictatorship, fundamentalism and racism, and our task is to back their struggles against all odds."

We stood together as a collective on Thursday, December 10th, 5p.m., International Human Rights Day, at Columbus circle right by the International Trump Tower to raise awareness of these issues and call for action from the U.S. Government. 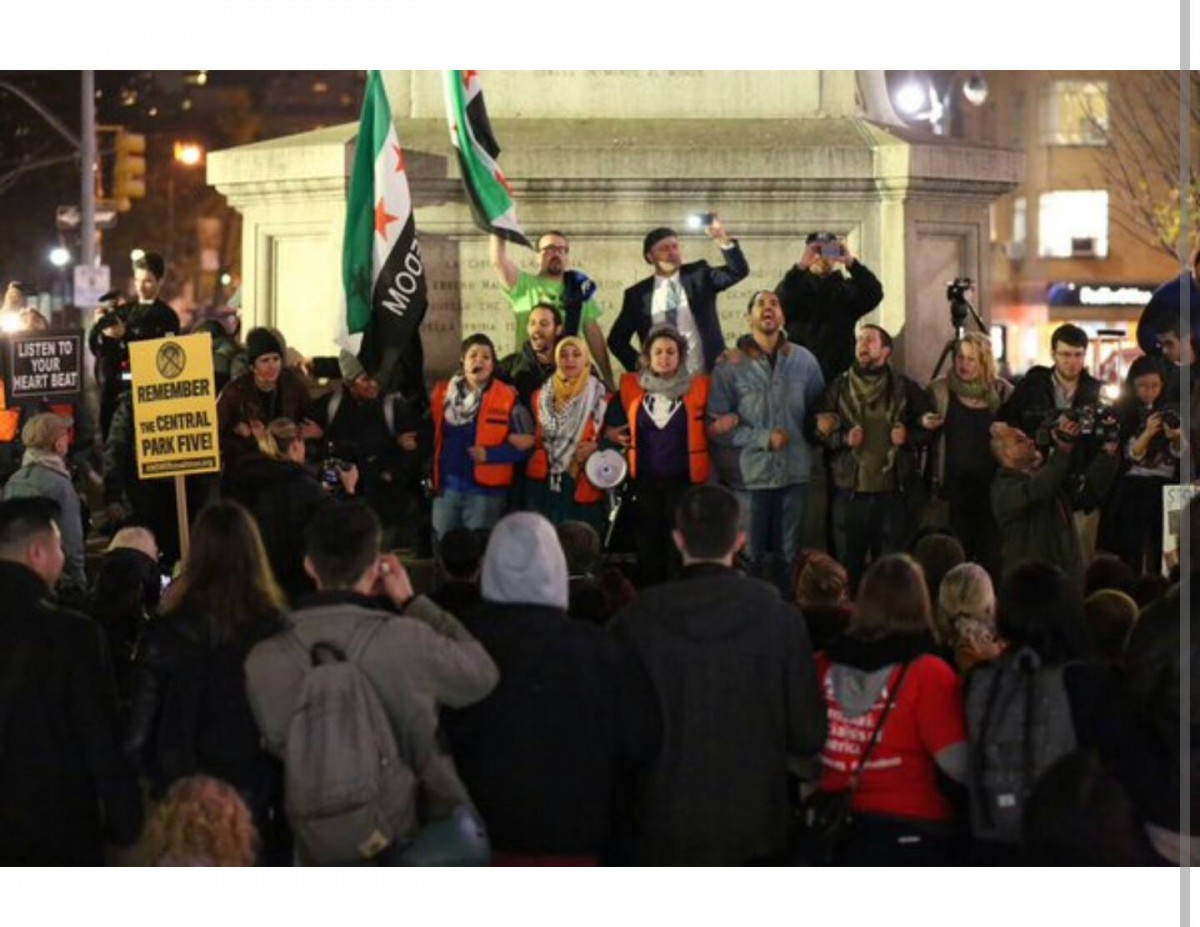