Urban Shield is the largest SWAT training & war-weapons expo in the world. We will gather on September 11th, across communities, to end it & resist police militarization around the world!

While Urban Shield is just one front in the fight against the state's attempt to militarize every aspect of our lives - from its war-making here and abroad, to the increasing presence of police in our schools, to the systemic murder of Black and Brown people at the hands of police - stopping Urban Shield would be a major victory against this growing trend of militarization in cities everywhere, from Oakland to Ferguson to Baltimore.

Stop Urban Shield is a broad coalition of grassroots community and social justice organizations primarily based in the Bay Area but with partnering community groups across the nation who have come together united against Urban Shield. The coalition includes members from various race, faith, political and social backgrounds and successfully stopped the Urban Shield expo from being hosted in Oakland in 2014. Our goal is to end Urban Shield and hold accountable our cities and counties from their corroboration in increased racialized repression and violence.

Join us in resisting violence against our communities and in fighting for genuine visions of justice, safety, and self-determination.

For information on the Stop Urban Shield Coalition:
bit.ly/NoUrbanShield 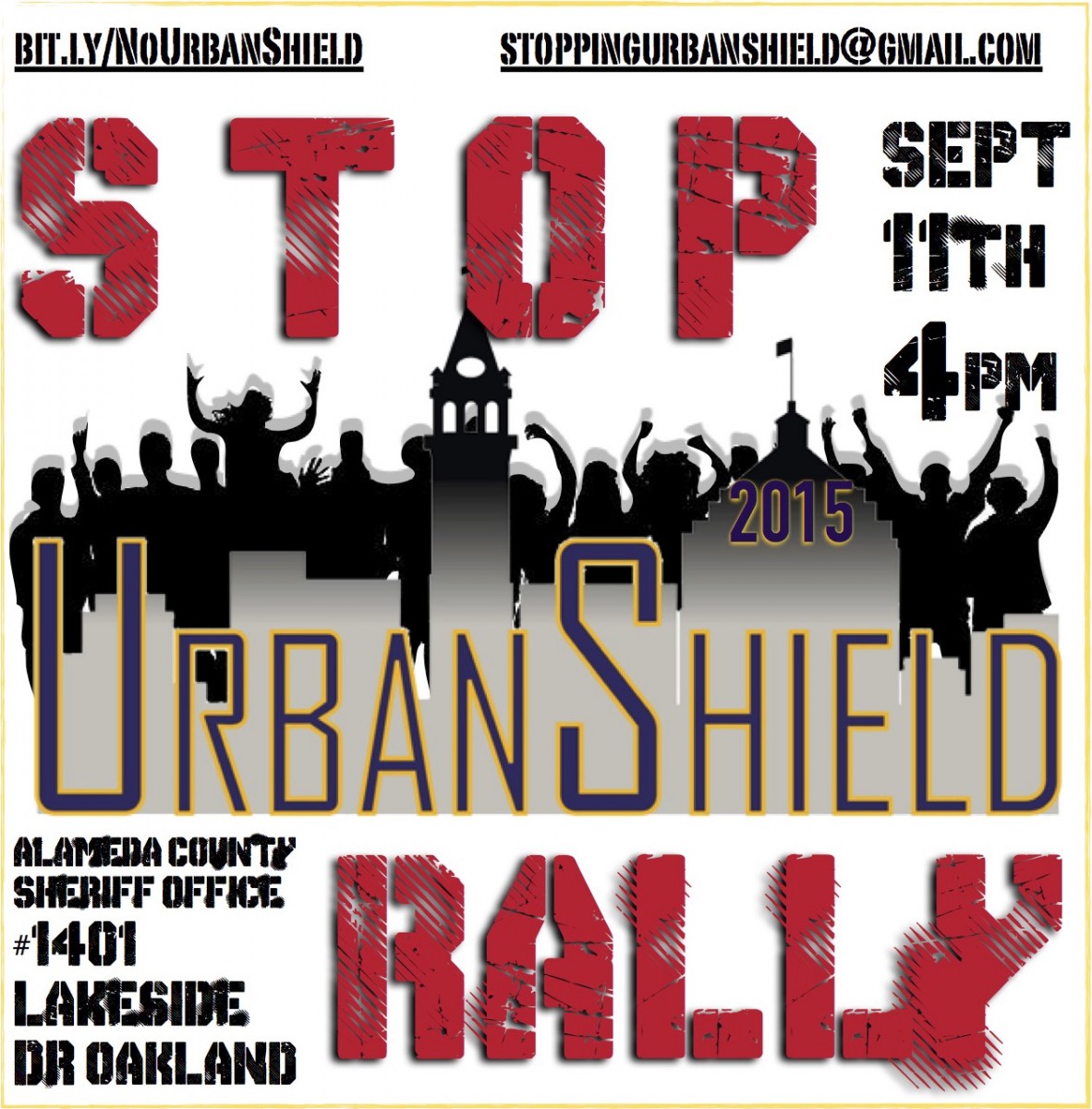 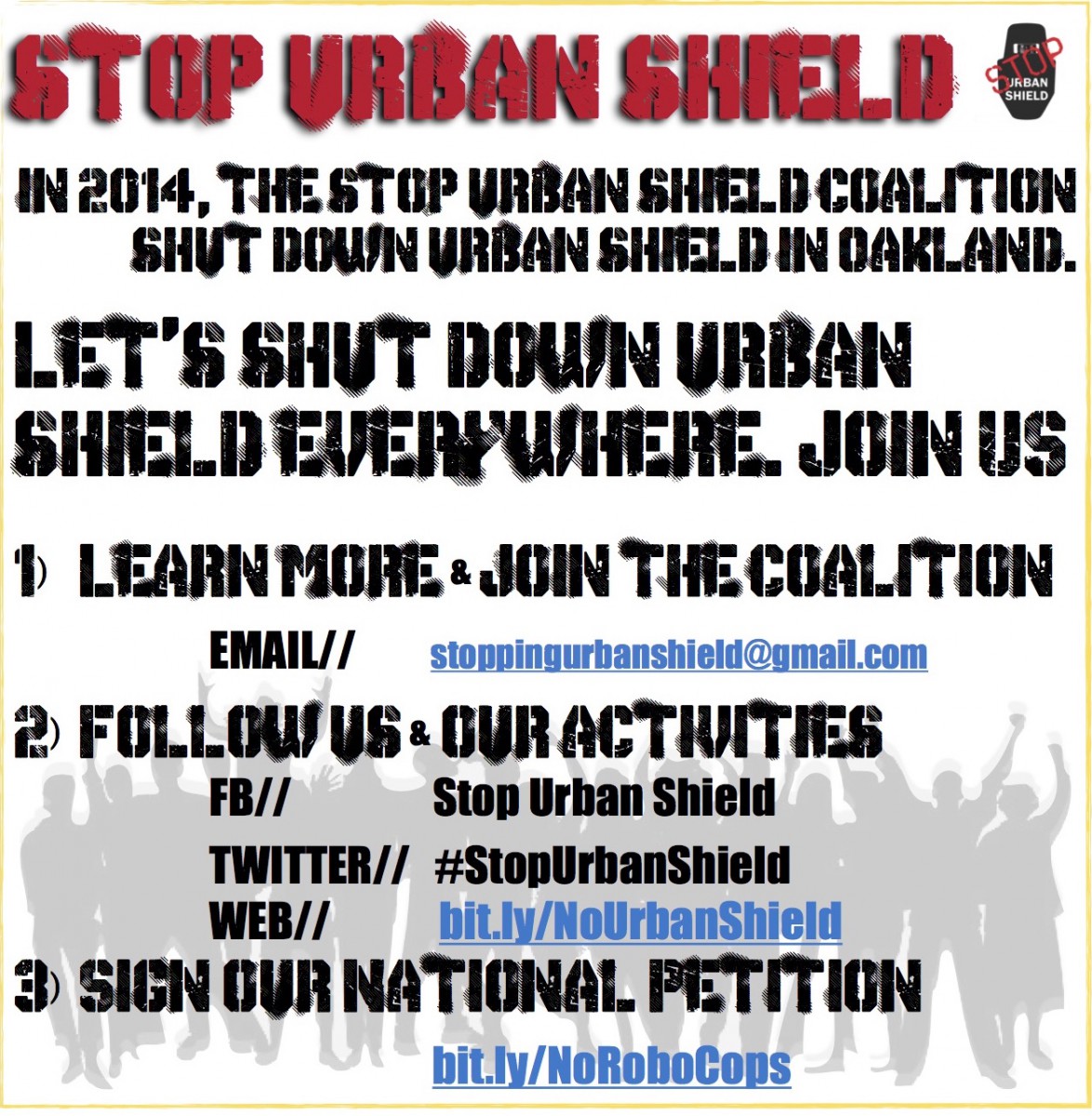