Crudely, police militarization is where the police and military intersect in weaponry, funding and tactics. It is most obvious where the use-of-force industry is creating material specifically for police which arms dealers sell at expos. However, it’s easy to get caught up in the flashy: armored personnel carriers, assault rifles, grenade launchers, and sniper rifles, when instead we have to look behind the weaponry and surveillance technology in understanding police/military aggression and address the broader mentality and culture-- a militarized mentality and culture at that. It is implicitly through militarism’s least obvious forms, such as humor, the schwag, competition and “gaming” culture, that the militarized state of mind required in order to maintain global and national state control- and to attend a SWAT training- is also spread. Militarized mentalities rely heavily on cultures of fear, white supremacy, heteropatriarchy and warfare logic of “us VS them”, and successfully permeate through agencies, such as police departments, normalizing violence against those already deemed disposable, dangerous and/or "radical”, and dramatically amplifying the force of militarism through our communities. It is only by exposing the ways that law enforcement officers are intentionally trained that we can begin to unpack the militarized mentalities of aggressive beat-cops and resist the aspects of militarism that affect people in mundane, everyday ways. 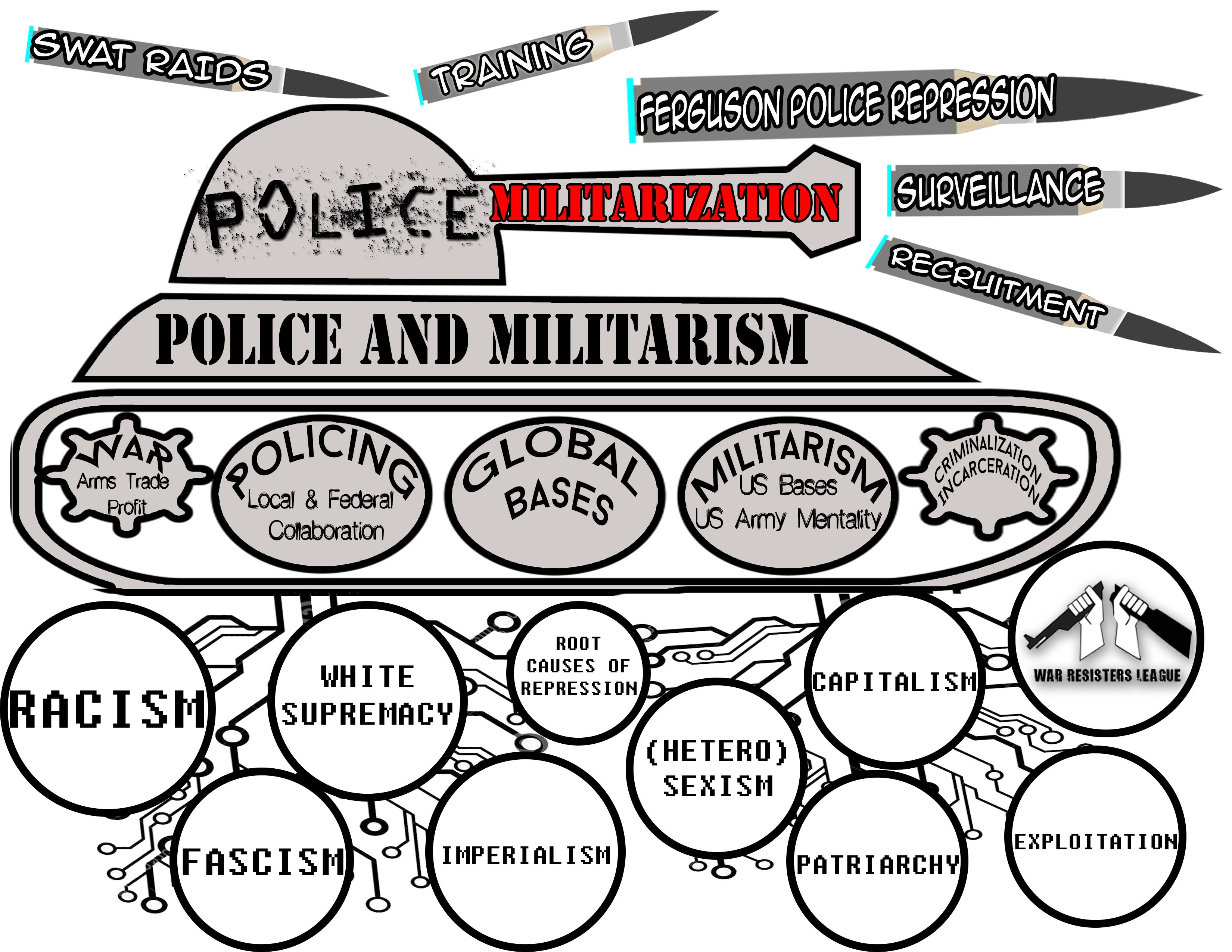 Want to define police militarization? And work to stop it in your community? We can’t build a movement without building consciousness. Our participatory workshop Buy 10 Guns, Get 2 Tanks Free: A Workshop on Resisting Police Militarization  is one such building tool. The workshop, co-created with the Ya-Ya Network, highlights the successful cross-community organizing initiated by Oakland, CA’s Stop Urban Shield Coalition.

Over the course of the two hour workshop participants will:

For more information on this workshop, please contact tara [at] warresisters.org 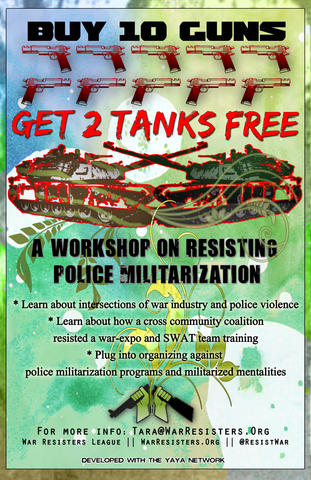