UASI, or the Urban Areas Security Initiative, is a grant program of the US Department of Homeland Security (DHS). UASI is an almost $600 million grant program from DHS, which is administered through the Federal Emergency Management Agency (FEMA) to grant funding to agencies across the United States. UASI strengthens and unifies state repression, though they claim to be a program that assists 39 "high-threat, high-density Urban Areas in efforts to build and sustain the capabilities necessary to prevent, protect against, mitigate, respond to, and recover from acts of terrorism." In response to controversy over "the [DHS] funding formula [for high-threat urban areas], in April 2003, Congress introduced the Urban Area Security Initiative (UASI), which was intended to supplement the security budgets of the most vulnerable cities." However, according to a New York City official, "The aid is not based on threat. It's based on formulas that allow the government to spread it around the country. That's politics; that's not threat assessment."

FOR INFO ON THE CUT UASI CAMPAIGN, CHECK THIS OUT!

UASI grew by nearly $30 million in 2014 alone, and since 2007, Urban Shield has been hosted in Oakland and Pleasanton, California; Boston, Massachusetts; as well as central Texas (Fort Worth, Dallas and Austin). The highest recipient of UASI funding is the New York City area, which received $178 million in 2014, perhaps funding New York City Police Department Commissioner William Bratton's "strategic response group" counterterrorism units this year. In descending order after New York, the highest recipient areas of UASI are Chicago, Los Angeles/Long Beach, National Capital, Bay Area and Houston, all above $20 million annually. While some UASI funding is spent on expos such as Urban Shield, other cities obtain war toys, such as Chicago's surveillance cameras, BearCat armored trucks in Fargo, North Dakota, and Keene, New Hampshire, and Long Beach's armored cars. 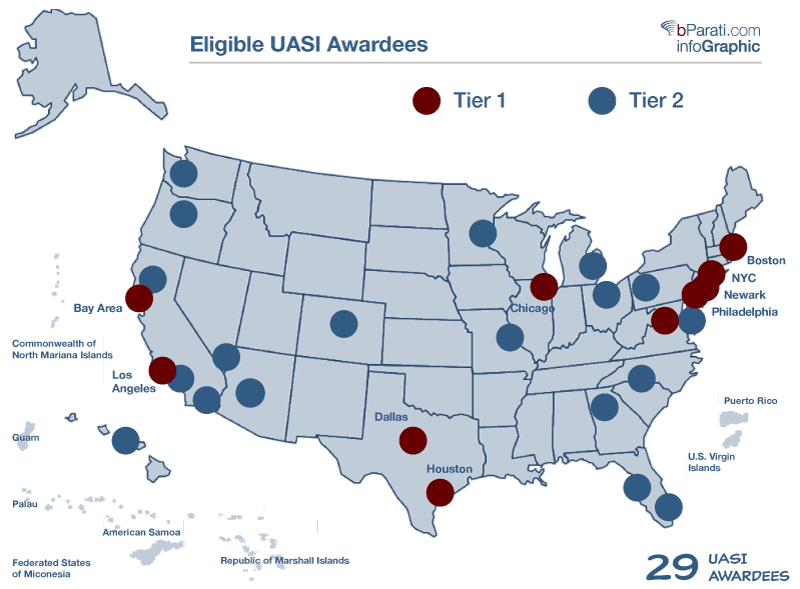 Check out FY 2015's UASI Budget breakdown to states.
To understand how the UASI budget gets distributed in a local setting, check out the Stop Urban Shield coalition's infographic: