On February 24, 2022, Russia launched an immoral, imperial invasion of Ukraine. The carnage and destruction have been massive, and the path to a just peace remains unclear. Ukraine’s effective resistance in the early days of the brutal invasion surprised the world. Even committed peace activists were inspired by Ukrainian unity and their armed struggle against overwhelming odds. However, the carnage and destruction have been massive.

Global support for Ukraine has been strong, including a warm welcome for fleeing Ukrainians in Europe and the US, which highlights that racism remains a powerful force facing refugees. Attention on this violence in Europe overshadowed US supported, or ignored, wars with Black and Brown victims in Yemen, Syria, Ethiopia and elsewhere.

The role of NATO in provoking the war, and the path to a just peace is less clear. Global weapons manufacturers have made out like bandits, while people and the Earth suffered. For anti-militarists, it highlights the challenge of creating nonviolent alternatives to war. How do we build non-racial, egalitarian democracies and resist the drift to authoritarianism? How do we move resources away from war to address the desperate needs of rising inequality and threats of climate chaos?

The Reconstruction period from 1865-1876 gets comparatively little attention in most accounts of American history. But knowing what happened in those years is crucial to understanding the conflicts around race and civil rights that have roiled the country ever since.

After the Civil War newly free people in the South organized and succeeded in electing their representatives to the US Congress. Sixteen Black men served in Congress during Reconstruction.

From1868-1876, they worked with fellow Republicans in the House and Senate to pass legislation to expand and protect civil rights, and to enlist the federal government in combating the intimidation and terror waged by former Confederates. In 1876 the rights of Blacks in the South were traded away by Congress to resolve the contested Presidential election. Ohio Republican Rutherford B. Hayes became President; in exchange Federal troops were withdrawn from the South, and white Democratic “redeemers” were given free rein to strip Black people of power and their Constitutional rights.

A self-serving white narrative recast the entire era as one of Black corruption and incompetence abetted by Northern profiteers, and it has taken decades to bring the contributions of the first generation of Black political leaders back into our common story.

We celebrate the joy and hopes brought by Ketanji Brown Jackson’s historic appointment as the first Black woman on the Supreme Court. In addition to the different lived experiences she brings to the court, Justice Jackson also adds important diversity to the judicial experience represented there. Her presence on our nation’s highest court does not eradicate the power of entrenched racism, sexism and other forms of oppression, but it does mark the first time in 233 years that white men are not a majority on the court. We are grateful for her presence and excited to watch her make her mark.

A remarkable, largely-forgotten, experiment took place at the maximum security Walpole Prison, MA in 1973. The prisoners ran Walpole for nearly two months – transforming one of the most dangerous prisons in the country into one of the least violent. They creatively and peacefully exercised self-determination and demonstrated that prisons were unnecessary. Sparked by the activism and violent crackdowns at Attica and elsewhere, prisoners organized as a chapter of the National Prisoners Reform Association. As workers, imprisoned and exploited under existing laws, they hoped to form a labor union.

The transformation of Walpole was enabled by determined inter-racial prisoner organizing, visionary leadership by John O. Boone, the first Black state Corrections Commissioner in the country, and strong community support (scores of volunteer citizen observers were in the prison around the clock). From March 15 to May 18, democratically organized prisoners created 20 committees, all accountable to the general prison population, to manage the hospital, kitchen, mail distribution, educational programs, industrial production, and internal problem solving.

Pressure from the governor and lobbying by the powerful prison guards union led the Commissioner to abandon the effort and approve a violent re-taking of the prison. The Walpole prisoners showed us what is possible.

There are 13,500 NYC taxis and 21,000 members of the NY Taxi Workers Alliance (NYTWA), a union made up almost entirely of immigrant men. By 2018 the forces of mayoral power (Mayor Bloomberg), indifference (Mayor deBlasio), corporate greed, the pandemic and the introduction of rideshare companies had devastated drivers’ livelihoods. Seeing no way out, eight drivers committed suicide in 2018 alone. Many drivers had crushing debt as high as $750,000 from purchasing their medallions (the once-prized badge that allows drivers to work in NYC).

On September 19, 2021, after years of negotiations, the NYTWA turned to direct action with an ongoing “Park-in” at City Hall followed by a hunger strike. Six weeks later, the city agreed to virtually all NYTWA demands, capping debt at $175,000 and monthly payments at $1,122! This victory followed the union’s courageous rejection of a deBlasio plan that was insulting in its meager terms. Senator Chuck Schumer and other pols were instrumental in swaying deBlasio. Fierce protest, shrewd organizing, and ferocious solidarity had carried the day, making NYC history!

Florida’s HB 1557, dubbed the “don’t say gay law”, took effect on July 1, 2022.  It restricts what educators and school mental health counselors can say about gender and sexuality, and invites parents to sue teachers and school districts if they feel their “parental rights” have been infringed. Governor DeSantis (FL), and his counterparts in other Republican-led states, harm LGBTQ+ youth and families as they pursue political gain with dehumanizing lies and stereotypes. They add to the burden of teachers already grappling with children reeling from the pandemic and terrifying levels of school violence. The new 3 “R’s” are Refusal, Resilience, and Resistance. Refusal to be silenced. Resilience to adapt and grow to meet new challenges. Resistance to never give up. For decades, the LGBTQ+ community has shown us the staying power of solidarity, and the rewards that come with dedicated activism. The struggle continues.

On June 24, 2022 the Supreme Court struck down Roe v. Wade (1973), ending the federal right to abortion. Women’s decisions concerning their personal lives and reproductive health are now the purview of state governments, nearly half of which are held in a right-wing Republican stranglehold. With this decision, the Court has not only harmed millions of women, girls and people capable of pregnancy, but also opened the door to a frighteningly uncertain future for millions of Americans. In states where clinics were immediately shuttered and punitive laws put into effect, women and girls already burdened by poverty, racism and family circumstance lost the right to make a choice with profound consequences for their futures.

More broadly, the Court’s reasoning points to forthcoming attacks on other privacy-based rights, among them contraception and same sex marriage. Reversal of Roe culminates a 50 year campaign waged by a religious minority, allied with right-wing funders, judicial “think tanks” and political manipulators determined to subvert democracy. If you are in a state where abortion is safe and legal, support providers, access and funding networks, and your legislators. Wherever you are, do what you can: speak out, write, work, vote, run for office. A large majority of Americans believe that a woman’s body should belong to her, just as a man’s does: work to make that a reality.

There are 50+ distinct ethnic communities comprising some 19 million people gathered under the designation Asian American and Pacific Islanders (AAPI). Despite radically different histories of American experience, and internal conflicts arising from discrimination based on skin tone, and classism, the defining “Asian” experience here is one of exclusion.

Unprovoked and random violence has spiked during the Covid pandemic, fueled by racist and inflammatory language amplified across social media. Particularly in cities with large Asian American populations, the vulnerable elderly and women have been murdered, punched, kicked, spit on, and verbally assaulted in record numbers. Incidents of property damage, refusal of service at a business and online abuse have also increased. Asian communities have organized and built support at all levels of government to combat the violence. But the burden should not be on targeted communities to defend themselves.

Government must do more to prevent and act against hate crimes. Long-term, more needs to be done to include Asian Americans as part of the story of the US — breaking down the image of them as “forever foreigners”.

SEPTEMBER | I Am Somebody
Joel Artista, mural ©2015 created in London, in collaboration with former street youth from Brazil, Burundi and Pakistan.
Assistant artists: Meghan O’Malley and Bec Dennison

Street Child United organizes an international network of NGO’s that work with society’s most vulnerable and marginalized populations - homeless youth. This powerful mural, created at their 2015 International Street Child Summit in London, features Brazilian youth ambassador Jessica Medeiros. Like other participants, she overcame tremendous barriers to leave the streets and work on behalf of herself and other street youth.

Across the world, young people and their allies are organizing to center their experience and confront the stigmatization they deal with – in education, healthcare, policing, social services and more. In the US, The National Alliance to End Homelessness estimates that over a half million unaccompanied youth and young adults up to age 24 experience homelessness each year. All unhoused people face dehumanizing conditions, and the effects of that experience are particularly traumatic for young people. Housing is a human right!

Sergio Maciel, Digital illustration © 2020 Sergio Maciel, Provoke Culture On February 18, 2022 the Chicago Health Department rejected a permit for a controversial scrap metal facility on the city’s Southeast Side. It was a victory for gritty community organizers who spent years building opposition to another environmental injustice imposed on their community. The broad coalition filed complaints, sued officials, marched, rallied, blocked traffic and staged a month-long hunger strike as part of a concerted campaign with the message: “Our community is not a sacrifice zone.” Organizers in this largely LatinX community hope “this decision can be a turning point for communities of color that have been hurt by environmental racism for decades.”

Between 1869 and the 1960s, hundreds of thousands of Indigenous children were ripped from their families and communities and placed in boarding “schools” operated by the U.S. government and churches. The goal was “Kill the Indian and save the man,” in the words of Capt. Richard Pratt, founder of the Carlisle (PA) Indian School. Children’s hair was cut, their traditional clothing and possessions taken away and they were severely punished for speaking in their native languages or engaging in traditional practices.

These children suffered physical, sexual, cultural and spiritual abuse, and experienced treatment that in many cases constituted torture. Many children never returned home and the unmarked burial sites recently uncovered in the U.S. and Canada, make it clear that many thousands died in these hell holes.

The trauma of boarding schools continues for young people who were raised by parents who had been torn from their cultures. Indigenous communities are increasingly aware of the consequences caused by the lack of physical affection and regimented parenting resulting from these deep wounds. With healing comes awareness and increased calls for reparations and justice.

A star-filled night sky reminds us that the universe is more complex than our capacity for understanding. It reminds us of time scales measured in eras rather than millennia. “Deep time” awareness is profoundly humbling, and oddly reassuring in putting homo sapiens in his/her place as just one among the innumerable life forms on planet Earth. Visit a dark sky park or preserve. Get reacquainted with the night.

Eight out of ten people live under a light-polluted sky, and the International Dark Sky Association estimates that more than $3 billion is wasted on outdoor lighting each year in the U.S. Virtually every species, including humans, is harmed by light pollution. Assess your lighting; talk to family, friends and neighbors; or sponsor a light ordinance in your town. 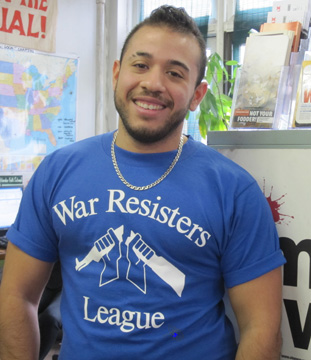 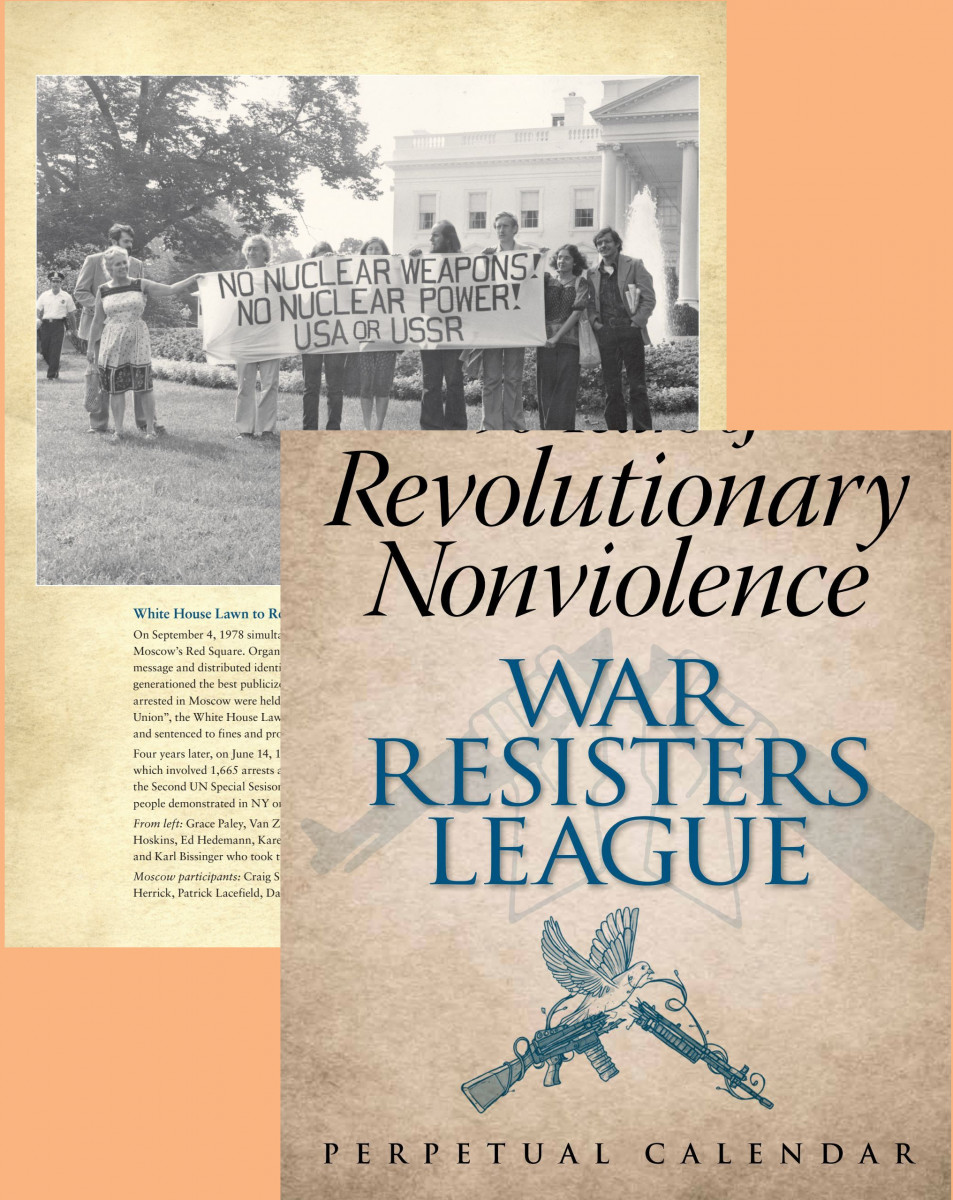