Since the election of Donald Trump, three words have been on our minds at WRL:
Disrupt. Resist. Build.

And though the pace of attacks on every single one of our core values by this new administration is breathtaking, we take heart in recent collaborations and signposts to build resistance for the long term.

10 days before Trump’s inauguration, WRL was honored to participate in a series of bold actions with our longtime friends in Witness Against Torture (WAT). Those included speeches at the gates of the Pentagon, a teach-in on teargas, as well as our confrontation with the Department of Justice on the use of tear gas in prisons. This was in the midst of WAT’s weeklong “Fast for Justice” culminating in disruptions against Trump’s cabinet appointees who are big torture and Guantanamo boosters.

As WRL’s Emma Burke noted at our DOJ action: “We know teargas and pepper spray are used to assert control by instilling feelings of fear and helplessness in those it’s used against. People who wrote to WRL from the inside of prisons describing their own harrowing experiences flip that narrative as they continue to assert their humanity despite overwhelming odds”
Photo Credit: Matt Daloisio with Witness Against Torture

See: The Scandal of Chemical Weapons in U.S. Prisons 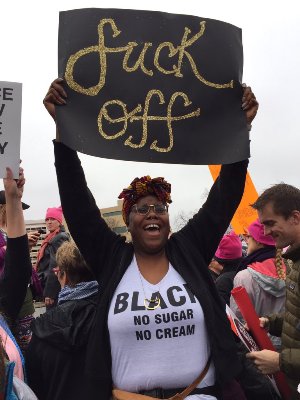 This is the moment to open our hearts, minds, and movements to the new energy popping up all around us. From the Women's March to growing outrage at hateful moves to ban immigration from Muslim countries, people are coming out more and more, sometimes for the very first time. As Keeanga-Yamahtta Taylor reminds us:

“There are literally millions of people in this country who are now questioning everything. We need to open up our organizations, planning meetings, marches, and much more to them. We need to read together, learn together, be in the streets together, and stand up to this assault together.”

"How to Build a Mass Movement" 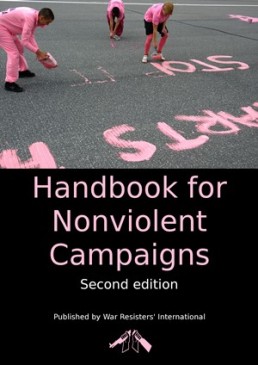 “What's next?” The big question after last weekend's impressive display of resistance. Movements are made of big demos, lobbying and grassroots campaigns. But we also know that nonviolent actions are most effective as part of nonviolent campaigns and we need to build our skills to to get there.

We need tools to build these campaigns. Our Handbook for Nonviolent Campaigns is chock full of them, including developing strategic campaigns, organizing effective actions, and case studies from Chile under the Pinochet regime and South Africa under apartheid that show how people resisted in noncooperation with oppressive regimes. Our moment is now.

Check out the Organizing Handbook here!

War Resisters League believes change happens through the implementation of revolutionary nonviolence. Nonviolent Direct Action is powerful. There are many dramatic images of nonviolent action; indeed, the ability to dramatise an issue is one of the strengths of nonviolence. However, this drama doesn't just happen. It gestates – in groups or cells of activists, in discussions, in training sessions, in reflecting on previous experiences, in planning, in experimenting, in making contacts. As a 94 year old organization, War Resisters League has been training for, and doing, nonviolent direct actions since the 1940's. We ground ourselves in what groups around the world, in the War Resisters International community, have done and how they have done it. We do not try to present a definitive model, but to suggest methods that have worked in various contexts, that can be adapted by creative nonviolent activists in their own situations. We want to share these lessons with you: click here for some of them!