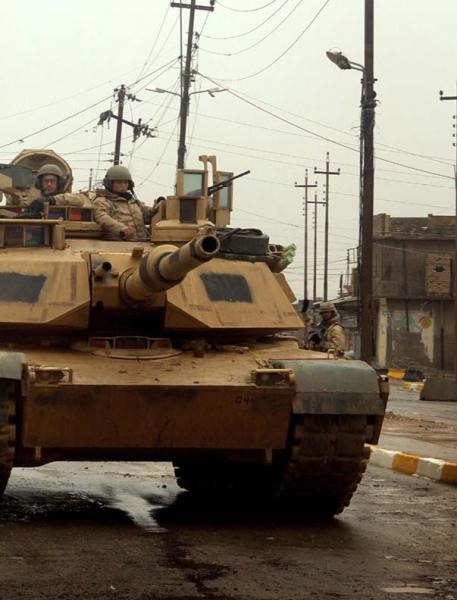 “I felt it was explosive, it really made me angry when I read it. ... I genuinely hoped that the information would strengthen the people’s voice. ... It could derail the entire process for war.” So said Katharine Gun recently when asked about information she leaked shortly before the invasion of Iraq.

It wasn’t self-serving hyperbole. Daniel Ellsberg, who himself leaked the Pentagon Papers, has called Katharine Gun’s leak “the most important and courageous leak I have ever seen.” ... “no one else—including myself—has ever done what Gun did: tell secret truths at personal risk, before an imminent war, in time, possibly, to avert it.”

And indeed, Ellsberg had asked for such a leak during this period. He had been saying during the run up to the Iraq invasion: “Don’t wait until the bombs start falling. ... If you know the public is being lied to and you have documents to prove it, go to Congress and go to the press. ... Do what I wish I had done before the bombs started falling [in Vietnam] ... I think there is some chance that the truth could avert war.”

Ellsberg had leaked the Pentagon Papers—internal documents which showed a pattern of U.S. government deception about the Vietnam War—in 1971, though he had the information earlier. And while the Pentagon Papers, the leaks by Chelsea Manning to WikiLeaks, and the Edward Snowden National Security Agency leaks of this year where all quite massive, the Katharine Gun leak was just 300 words. Its power came from its timeliness.

In October 2002, the U.S. Congress passed the so-called Authorization for Use of Military Force Against Iraq Resolution of 2002. In November, the U.S. government got the United Nations Security Council to pass a threatening resolution on Iraq, but in most people’s view, it stopped short of actually authorizing force. The U.S. ambassador to the U.N. at the time, John Negroponte, said when resolution 1441 was adopted unanimously: “There’s no ‘automaticity’ and this is a two-stage process, and in that regard we have met the principal concerns that have been expressed for the resolution.” That is, the U.S. would intend to come back for a second resolution if Iraq didn’t abide by a “final opportunity to comply with its disarmament obligations.”

On February 6, 2003, Colin Powell claimed in his infamous presentation at the UN that Iraq was hiding weapons of mass destruction. February 15, 2003, saw the greatest global protests in history, with millions around the world rallying against the impending Iraq invasion, including over a million near the UN headquarters in New York City.

It was around this time that Katharine Gun, who worked as a language specialist at the Government Communications Headquarters (GCHQ), the British equivalent of the NSA, got a memo from the NSA and then decided to—through intermediaries—leak it to the media. The brief email read in part:

“As you’ve likely heard by now, the Agency is mounting a surge particularly directed at the UN Security Council (UNSC) members (minus U.S. and GBR of course) for insights as to how to membership is reacting to the on-going debate RE: Iraq, plans to vote on any related resolutions, what related policies/ negotiating positions they may be considering, alliances/ dependencies, etc - the whole gamut of information that could give U.S. policymakers an edge in obtaining results favorable to U.S. goals or to head off surprises. ... to revive/ create efforts against UNSC members Angola, Cameroon, Chile, Bulgaria and Guinea, as well as extra focus on Pakistan UN matters.”

The memo outlined that U.S. and British assets should focus on getting information to pressure member of the UN Security Council to vote for a war resolution—material for blackmail to put it bluntly. This internal government document could show people—especially those who tend to put stock in government pronouncements—that what President George W. Bush was claiming at the time (“We are doing everything we can to avoid war in Iraq”) was exactly backwards. The U.S. government in fact was doing virtually everything it possibly could to ensure war.

When the British reporters writing the story called the author of the memo, Frank Koza, a top official at the NSA, they were put through to his office. When they shared the nature of their phone call, they were told by an assistant they had “the wrong number.” The reporters noted: “On protesting that the assistant had just said this was Koza’s extension, the assistant repeated that it was an erroneous extension, and hung up.”

The story was ignored by the U.S. media, though we at the Institute for Public Accuracy put out a string of press releases about it. Gun recently commented that Martin Bright, one of the reporters who broke the story for the British Observer, had been booked on several U.S. TV networks just after the story was published. All those appearances were quickly cancelled.

However, the story did cause headlines around the world, especially in the countries on the Security Council that the memo listed as targets of the surveillance. Through whatever combination of authentic anger or embarrassment at their subservience to the U.S. government being exposed, most of these countries apparently peeled away from the U.S., and no second UN resolution was sought by the war planners. Rather, George W. Bush started the Iraq war with unilateral demands that Saddam Hussein and his family leave Iraq (and then indicated that the invasion would commence in any case).

[In 2004, the Observer reported that “surveillance played a role in derailing a compromise UN resolution in the weeks before the Iraq war. Adolfo Aguilar Zinser, Mexico’s UN ambassador at the time, has charged that the U.S. spied on a private meeting of six swing countries on the Security Council aimed at a compromise. Zinser told the Observer: “The meeting was in the evening. They [U.S. diplomats] call us in the morning before the meeting of the Security Council and they say: ‘We appreciate you trying to find ideas, but this is not a good idea.’”

Meanwhile, Katharine Gun had been found out as the leaker shortly after the memo was published. (She has a talent for telling the truth, not so much for covering her tracks, apparently.) She spent several months awaiting trial. England has no First Amendment that might have protected Gun. It does, however, have a repressive Official Secrets Act, under which she was being prosecuted by the Blair government.

Marcia Mitchell, co-author of The Spy Who Tried to Stop a War: Katharine Gun and the Secret Plot to Sanction the Iraq Invasion, notes however that at the last minute, the Blair government, which was about to face elections “with her signed confession in hand, chose not to present evidence that the invasion of Iraq was, in fact, legal, a demand by the Defense.” That is, the British government was afraid of what could come out about the legality of the Iraq War in a trial. And so Gun, who was newly married when she exposed the NSA/GCHQ’s activities, was able to avoid jail and continue as a language instructor. She has since been supportive of Edward Snowden and others who expose government wrongdoing.

The Katharine Gun case gives us many lessons. First off, it’s a great example to rebut anyone parroting the establishment line that the NSA’s activities are based on stopping terrorism, or that they are merely overzealous efforts at ensuring security, or perhaps typical diplomatic games. Here, the NSA and GCHQ were spying to try to facilitate an aggressive war—the highest war crime under the Nuremberg statues.

Similarly, it highlights what great ideals some “whistleblowers”—the term doesn’t really do justice—are motivated by. And of course, such revealers are much more threatening to war makers and others when they are acting in parallel with movements. Those movements may also help ward off the government attempting to imprison the whistleblower.

The “rebuttal” that everybody spies and therefore it’s no big deal when the U.S. or some other government is caught doing so similarly doesn’t hold up. Yes, virtually every government spies—but you’re not supposed to get caught. And if a government does get caught, it’s an indication that its own people—the very people who are paid to carry out the surveillance—don’t believe in it and are willing to put themselves at risk to expose the spying and the underlying wrongdoing.

Perhaps most importantly, the lesson is not that Katharine Gun’s leak was futile because the U.S. invaded Iraq—any more than the lesson is that the February 15 global protests were in vain. Rather, more of both could have changed things. If global protests had started in 2002, then the Congressional authorization for war in late 2002 could have been prevented. If more people in government had their consciences moved by such movements and had leaked more critical information, war could have been forestalled.

And, even if the Iraq invasion happened, if global protests had continued and global solidarity better coordinated, when it became clear to all that the weapons of mass destruction not in Iraq were a contrived pretext for aggression, a sustained revulsion could have led to the war makers being held accountable, preventing much suffering in Iraq and elsewhere—and laying the basis for a world free of war.

Sam Husseini is the Communications Director for the Institute for Public Accuracy. Follow him on Twitter @samhusseini.